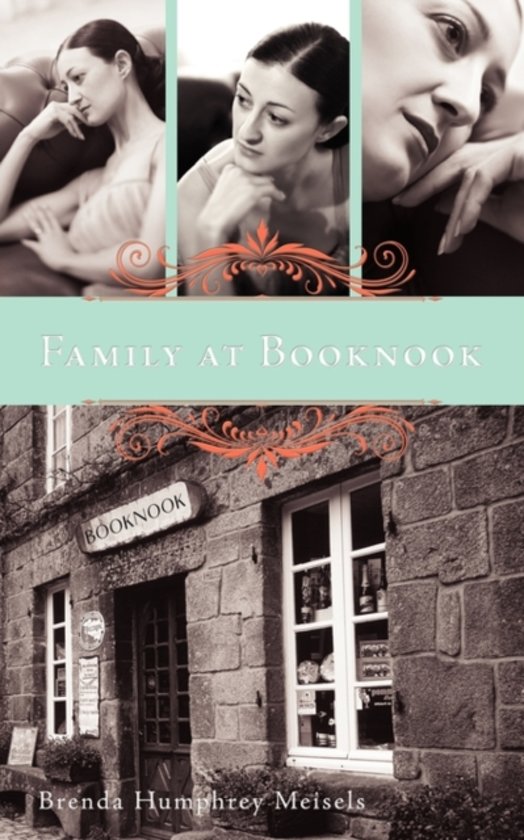 Family at Booknook By Brenda Humphrey Meisels A traumatized teenage mother, a cantankerous old man and a precocious child create an unlikely family. In 1959, date rape was not uncommon, pregnancy out of wedlock was shameful, and abortion was illegal. Sixteen-year-old Sparrow is pregnant. Banished from her home, she is left at Dave Stanley's bookshop. Dave, grieving the death of his wife, is disturbed by her presence. However, an accident forces a temporary alliance. Withdrawn and seemingly unaware of her pregnancy, Sparrow remains and works at Booknook. With the birth of her daughter, Finch, she awakens and is determined to keep her baby Dave becomes a surrogate grandfather, protector of mother and daughter. Living life through her child, Sparrow secludes herself at Booknook. Finch grows up feeling the sting of being illegitimate. She longs for her mysterious, absent father who, she believes, can complete her family. As an adolescent, Finch hates her mother's passivity and secretiveness. Only when Finch calls her mother a recluse does Sparrow confront her fears and embark on a terrifying journey outside the safety of the shop. When Finch announces that she will be leaving home, Sparrow's world is again shaken. But when tragedy strikes, it is Finch who is desolate and Sparrow who attempts to comfort her. Finch is further devastated when her mother's secret is revealed. Can Sparrow confront her past and ease her daughter's pain?
Toon meer Toon minder