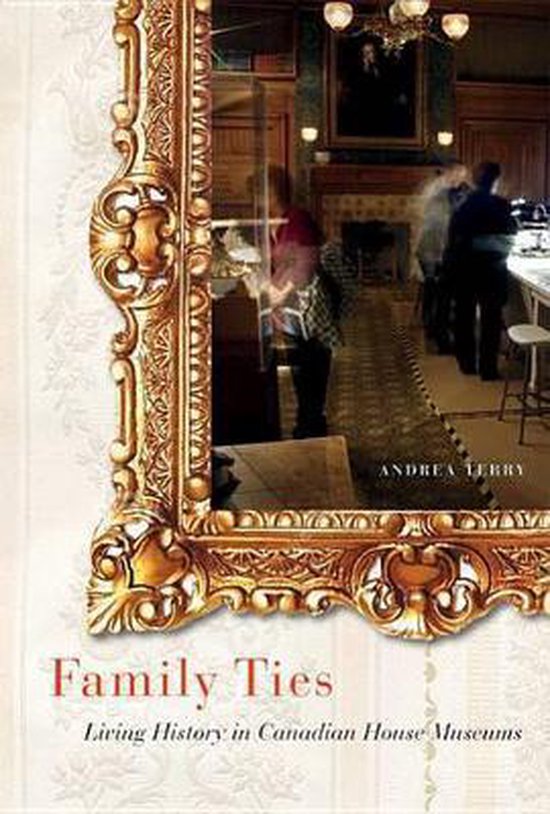 House museums act as both sources and suppliers of history. Functioning first as private residences, they are then preserved as commemorative monuments and become living history museums offering theme-based tours led by period-costumed interpreters so that visitors might experience what it felt like to live back then. In Family Ties, Andrea Terry considers the appeal and relevance of domesticated representations of Victorian material culture in a contemporary multicultural context. Through three case studies, Terry examines Victorian homes that have been repurposed as living history museums that host speculative performances of the past. The credibility of Dundurn Castle in Hamilton, William Lyon Mackenzie House in Toronto, and the Sir George-Etienne Cartier National Historic Site of Canada in Montreal, Terry argues, relies on the belief that architectural monuments and the objects they contain are evidence of the time, culture, nation, or people that produced them. Family Ties connects residential artifacts to performance by examining the Victorian Christmas programs offered annually at each site to demonstrate the complex nuances of living history. Through a detailed exploration of the relationship between heritage, living history, and memory, Family Ties illuminates the effects of institutional interpretations of the past that privilege nationalist myths.
Toon meer Toon minder