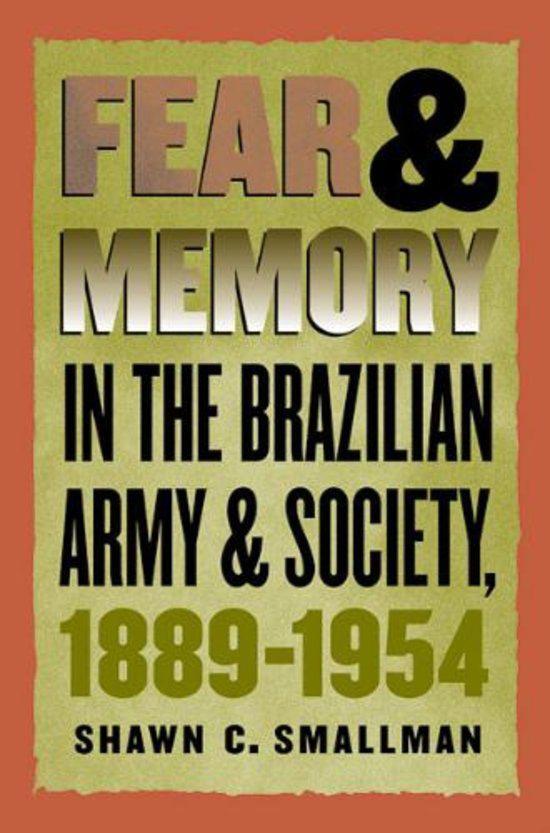 For more than half a century, the Brazilian army used fear and censorship to erase aspects of its history from public memory and to create its own political myths. Although the military had remarkable success in promoting its version of events, recent democratization has allowed scholars access to new materials with which to challenge the "official story." Drawing on oral histories, secret police documents, memoirs of dissident officers, army records, and other sources only recently made available, Shawn Smallman crafts a compelling, revisionist interpretation of Brazil's political history from 1889 to 1954.

Smallman examines the topics the Brazilian military wished to obscure--racial politics and terror campaigns, institutional corruption and civil-military alliances, political torture and personal rivalries--to understand the army's growing involvement in civilian affairs. Among the myths he confronts are the military's idealized rendition of its racial policies and its portrayal of itself as above the corruption associated with politicians. His account not only illuminates the origins of the military government's repressive and often brutal actions during the 1960s and 1970s but also carries implications for contemporary Brazil, as the armed forces debate their role in a democratic country.
Toon meer Toon minder