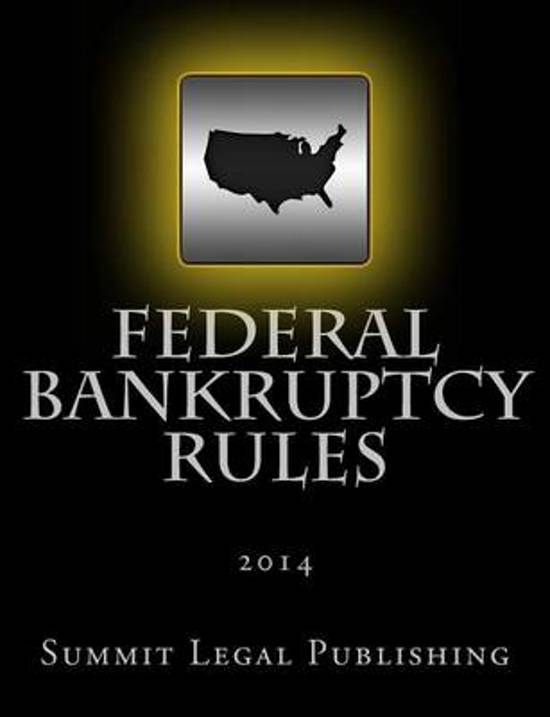 Federal Bankruptcy Rules 2014 contains rules relating to bankruptcy practice in federal courts in a portable, affordable and easy to read book. Also included in this edition is Bankruptcy Basics, which provides general information on the bankruptcy process, bankruptcy laws, and an explanation of the different chapters under which a bankruptcy case may be filed.