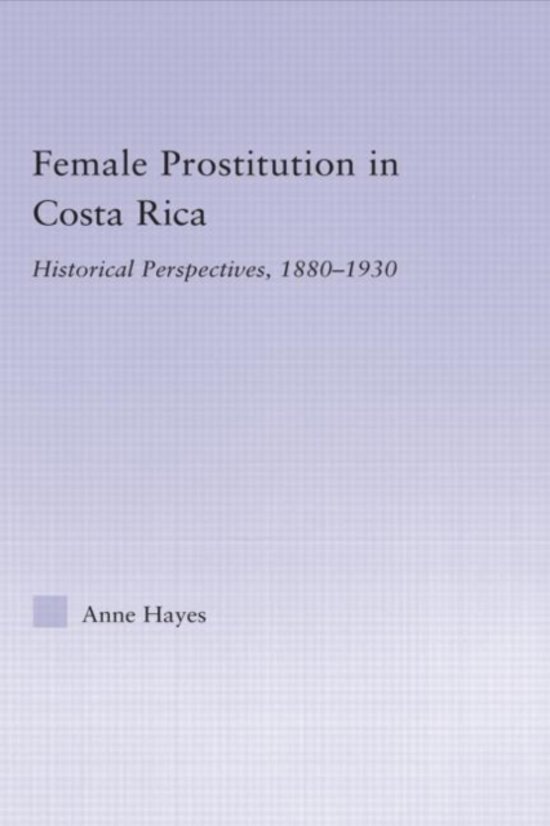 This book analyzes the development of female prostitution in the Pacific port of Puntarenas, Costa Rica during the advanced stage of the coffee exporting economy (1880-1930), at the height of the consolidation of the liberal state. Hayes argues that prostitution in the port differed from that of the coffee producing highlands due to differential economic, social, and political development. In the periphery of Puntarenas, the development of prostitution reflected a less stigmatized view of sexual commerce than that of the highlands, where prostitution, although legal, threatened the tenets of liberal nationalism based on racial homogeneity and family values. Women of the highlands were encouraged to reproduce the nation's ''more European'' stock of workers and to ensure the legal transference of property through legal church marriages - both part of a design to stabilize the coffee exporting project. By contrast, prostitutes and other working women of Puntarenas, many immigrants from the ''less European'' populations of neighboring regions and most in concubinage, were freer to do what the law prescribed - register as prostitutes in legitimate trade. Such regional disparities reveal weaknesses in traditional explanations of Costa Rican exceptionalism, which have rested on the premise of cultural homogeneity and have reflected the realities of only one region of the country. The book advances an alternative explanation for the development of the nation's more democratic institutions, situating Costa Rican exceptionalism in the nation's free labor system, of which the labor prostitute in Puntarenas provides an example.