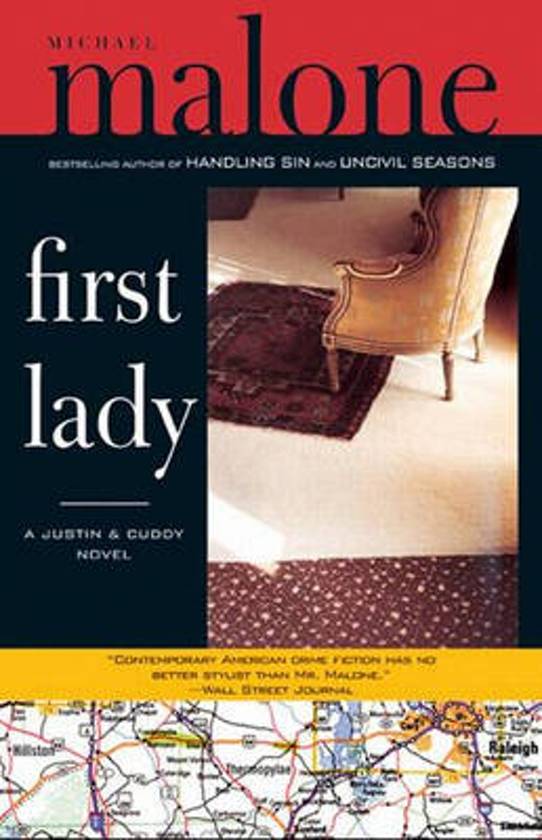 Critically acclaimed novelist and award-winning short story writer Michael Malone is the smart, literate, compassionate voice of the American south. His gift for crafting the great American comedy, as he did in Handling Sin, is matched only by his ability to create mystery novels ripped with tension, twists and humanity.

A woman's body has been foundmurdered, mutilated, tagged and addressed to Lt. Justin Savile V and Police Chief Cuddy R. Mangum. Dubbed the ''Guess Who Killer'' by a voracious press, Hillston, North Carolina, has a serial killer on its hands. The media and the mayor demand answers while the city lives in fear. Savile and Mangum are being taunted and stalked. Worse, they have no leads.

Plot driven in the classic sense of a bestseller, yet written with literary style and substance, First Lady is a novel you will want to read and savor yourself and share with a friend. Continuing the series begun with lauded novels Time's Witness and Uncivil Seasons, Michael Malone's return proves a thrilling success.
Toon meer Toon minder