Florence and Its Church in the Age of Dante 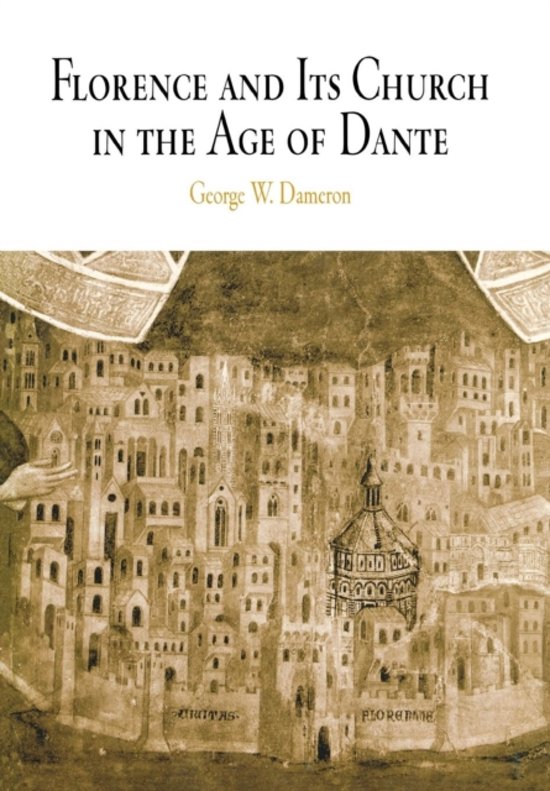 By the early fourteenth century, the city of Florence had emerged as an economic power in Tuscany, surpassing even Siena, which had previously been the banking center of the region. In the space of fifty years, during the lifetime of Dante Alighieri, 1265-1321, Florence had transformed itself from a political and economic backwater—scarcely keeping pace with its Tuscan neighbors—to one of the richest and most influential places on the continent. While many historians have focused on the role of the city's bankers and merchants in achieving these rapid transformations, in Florence and Its Church in the Age of Dante, George W. Dameron emphasizes the place of ecclesiastical institutions, communities, and religious traditions. While by no means the only factors to explain Florentine ascension, no account of this period is complete without considering the contributions of the institutional church.


In Florence, economic realities and spiritual yearnings intersected in mysterious ways. A busy grain market on a site where a church once stood, for instance, remained a sacred place where many gathered to sing and pray before a painted image of the Virgin Mary, as well as to conduct business. At the same time, religious communities contributed directly to the economic development of the diocese in the areas of food production, fiscal affairs, and urban development, while they also provided institutional leadership and spiritual guidance during a time of profound uncertainty. Addressing such issues as systems of patronage and jurisdictional rights, Dameron portrays the working of the rural and urban church in all of its complexity. Florence and Its Church in the Age of Dante fills a major gap in scholarship and will be of particular interest to medievalists, church historians, and Italianists.
Toon meer Toon minder

A book that is thought-provoking as it is informative. -Speculum