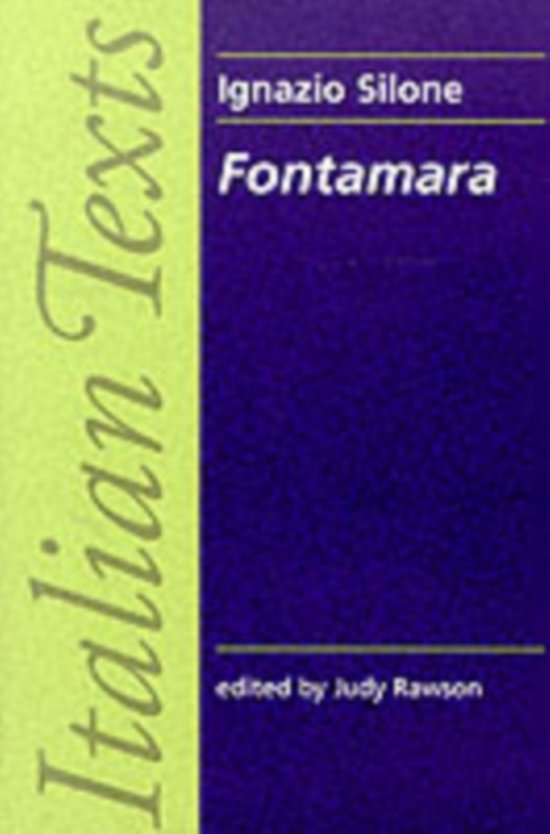 Fontamara is one of the Italian classics of the twentieth century. It was written in 1933 and was well-known in translation before it could be published in Italy. In England it was very popular in its Pengiun edition. Its author, Ignazio Silone, was a controversial figure throughout his life. He was a communist until 1931, later referring to himself as a 'Socialist without a party and a Christian without a church.' He wrote Fontamara first and foremost as an antifascist, setting it in his own region of Abruzzo, east of Rome. He describes the sufferings of the peasants, the cafoni, still living under feudalism and further burdened under the new fascist regime of Mussolini. The story itself is a good read, told with humour and suspense. The themes embrace politics and religion, revolution and mysticism. They raise such Italian problems as regionalism, the clash of ideologies and the ways of portraying them in literary form. The form of the narrative itself is an experiment in getting across a vital message in a fraught time. This edition includes an introduction and notes which help to set the novel in its historical and political context, both in Italy and the rest of Europe in the decade before the Second World War. The vocabulary section is exhaustive, making the text suitable for those just coming to grips with the language.
Toon meer Toon minder