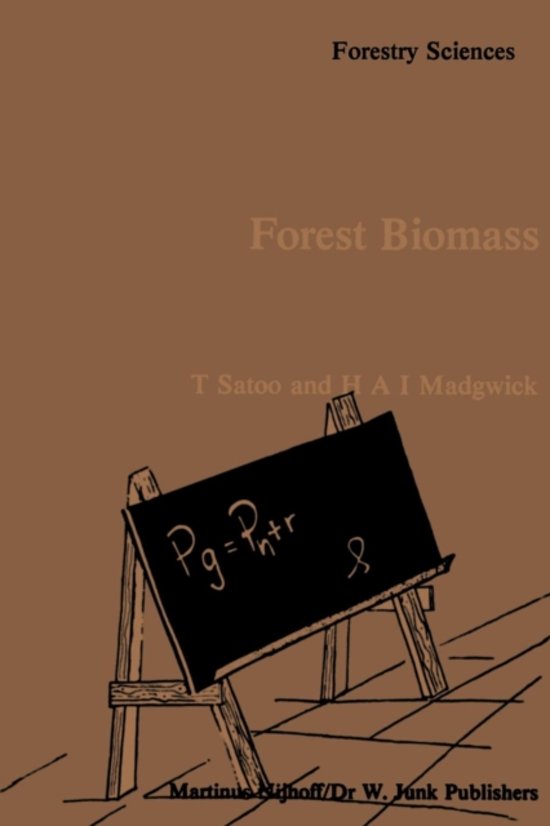 Lord Rutherford has said that all science is either physics or stamp collecting. On that basis the study of forest biomass must be classified with stamp collecting and other such pleasurable pursuits. Japanese scientists have led the world, not only in collecting basic data, but in their attempts to systematise our knowledge of forest biomass. They have studied factors affecting dry matter production of forest trees in an attempt to approach underlying phYf'ical principles. This edition of Professor Satoo's book has been made possible the help of Dr John F. Hosner and the Virginia Poly technical Institute and State University who invited Dr Satoo to Blacksburg for three months in 1973 at about the time when he was in the final stages of preparing the Japanese version. Since then the explosion of world literature on forest biomass has continued to be fired by increasing shortages of timber supplies in many parts of the world as well as by a need to explore renewable sources of energy. In revising the original text I have attempted to maintain the input of Japanese work - much of which is not widely available outside Japan - and to update both the basic information and, where necessary, the conclusions to keep them in tune with current thinking. Those familiar with the Japanese original will find Chapter 3 largely rewritten on the basis of new work - much of which was initiated while Dr Satoo was in Blacksburg.
Toon meer Toon minder