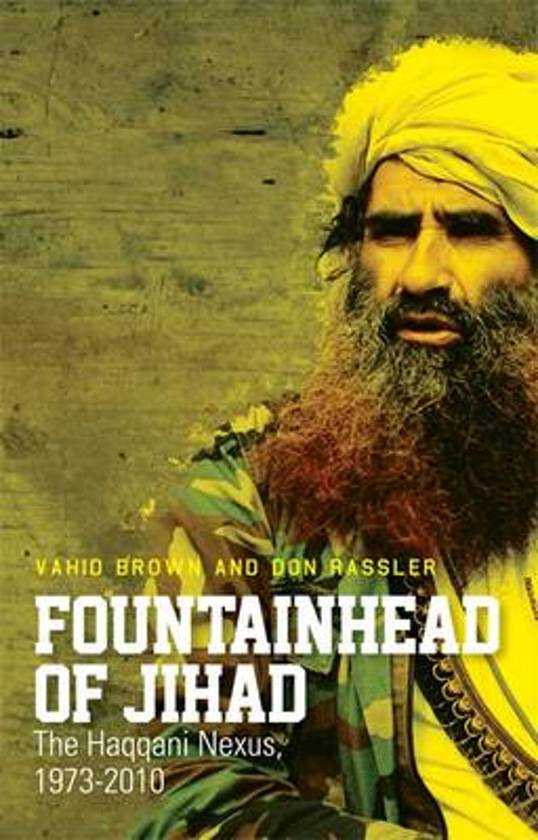 Fountainhead of Jihad is the first in-depth study of the history, links, and organisational logic of the Haqqani network.

'A fascinatingly detailed new book ... Brown and Rassler bring out the deep rootedness of the Haqqanis in the history and culture of this region, on both sides of a Durand Line which as far as the locals are concerned has always been largely theoretical.' -- Anatol Lieven, New York Review of Books '...an extraordinary book, not only because it clearly defines a grave threat to regional and international security, but also because it serves as an example of how analysis of unclassified sources can impart understanding of complex threats, enemies and adversaries ... a must-read for anyone interested in developing a deeper understanding of the grave security threats emanating from the Afghanistan - Pakistan frontier.' -- Survival, The International Institute for Strategic Studies 'Fountainhead of Jihad is the definitive account of the rise of the most effective of the insurgent groups now waging war along the Afghan-Pakistan border, which should come as no surprise to those familiar with the work of its authors.' -- Peter Bergen, author of Manhunt: The Ten-Year Search for bin Laden, from 9/11 to Abbottabad 'Compelling - Fountainhead of Jihad suggests we will have to rethink our understanding of the Haqqani network, its motivation and its worldview at a crucial time, just as international forces withdraw and pressure for peace talks intensifies. - In placing the Haqqani network not so much at the centre of the extremist nexus but at its origin, this book makes an important contribution to our understanding of Afghan and Pakistani militant groups. And it has obvious implications for the terms of any eventual peace settlement, which could well see the Haqqanis taking control of its south-eastern heartland.' -- Rob Crilly, The Daily Telegraph 'Considered by many to be the most lethal insurgent force in Afghanistan, the Haqqani network is the bete noire of the United States and a favored proxy of America's erstwhile ally Pakistan. - Brown and Rassler paint the most complete portrait of the network to date. - While acknowledging [it] is primarily a local actor with local concerns in Afghanistan and teasing out its complex relationship with Pakistan, Fountainhead of Jihad devotes significant attention to the strategic effect of the group's support for al-Qaeda's global jihad. - The conventional wisdom is that the Haqqanis simply host al-Qaeda, but the authors paint a much more intimate picture to illustrate that the group has served, and continues to serve, as a platform from which al-Qaeda wages its global jihad. - This book should be required reading for anyone working on security issues in South Asia or the evolution of the jihadist movement globally.' -- Stephen Tankel, Foreign Policy 'The Haqqani tribal network is based in North Waziristan, a region that straddles the border highlands between Afghanistan and Pakistan ... Above all they want to preserve control of their homeland, which has served as a safe haven for al Qaeda and as a supply route through which Pakistan's intelligence service ships materiel to the Taliban and others in Afghanistan. Brown and Rassler argue that the Haqqanis have played a greater role in the region's anti-American jihad than has al Qaeda -- despite the fact that Washington assisted the Haqqanis' resistance to the soviet occupation of Afghanistan during the 1980s. [They] have assembled unique and impressive evidence for their arguments, shining a light into some hitherto dark corners.' -- John Waterbury, Foreign Affairs 'Fountainhead of Jihad brings a fresh perspective and a wealth of new information on the history of the wars in Afghanistan, and that of al-Qaeda. Through meticulous research on hard-to-get primary sources, it traces the history of one of the fiercest foes of the Western forces in Afghanistan today. I would call it the definitive study of the Haqqani network, were it not for the fact that the Haqqanis will continue to play a crucial role in the region for years to come.' -- Thomas Hegghammer, Senior Research Fellow, Norwegian Defence Research Establishment; author of The Meccan Rebellion and Jihad in Saudi Arabia '...provides substantive indications of the group's future evolution, its ideological orientation, and importantly, its proclivity for peace.' -- Contemporary South Asia 'Rassler and Brown allow us to dive deep into sources never analysed before on Jalaluddin Haqqani, Afghanistan's pioneer of militant Islamism, and his (in)famous network. They have dug out an impressive amount of information that will be invaluable for Afghanistan and Taliban watchers. All in all, a highly useful contribution to explaining the ambiguities of the south-eastern wing of the Afghan insurgent movement.' -- Thomas Ruttig, co-director and senior analyst with the Kabul-based Afghanistan Analysts Network and author of 'Loya Paktia's Insurgency: The Haqqani Network as an Autonomous Entity', in A. Giustozzi (ed.), Decoding the New Taliban 'Fountainhead of Jihad is a groundbreaking research work by two recognized specialists of the region who have accessed extremely valuable primary sources never studied before. It deconstructs the commonly held view that the Haqqani network is a local actor preoccupied with local concerns and shows very convincingly how Al Qaeda and the Haqqani network evolved together and have remained intertwined throughout their history. It also shows how the Haqqanis keep sheltering and supporting groups engaged in global jihad.' -- Mariam Abou Zabab, coauthor of Islamist Networks: The Afghan-Pakistan Connection 'Brown and Rassler have undertaken an extraordinary level of research into a huge range of sources ... should be required reading for anyone involved in the development of security policy for the area -- particularly those on both sides of the Atlantic. ... the conclusion paints a chilling picture of the Haqqani Network as an increasing source of support and training for terrorists planning operations in the rest of the world, and urges that considerably more attention be paid to measures to deal with the threat.' -- Asian Affairs
Toon meer Toon minder