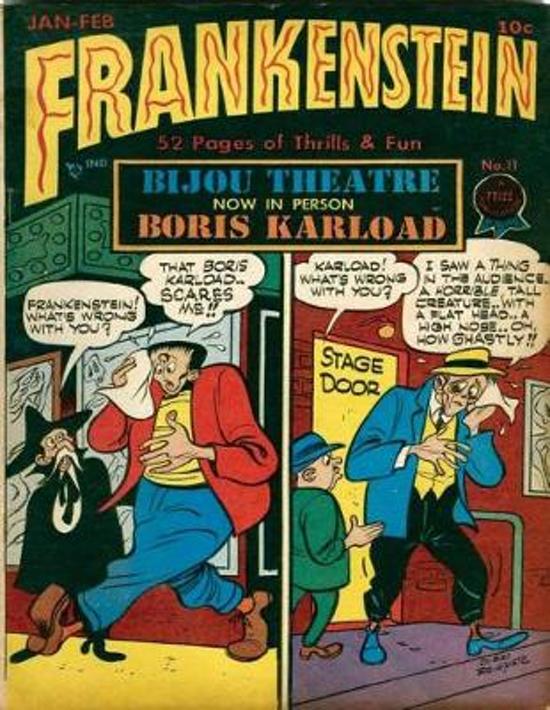 Frankenstein : Volume3.Frankenstein,frankenstein comic,comic books for kids,horror comics,Monsters comics.8.5''x11'' Full color. The telling of horror stories must date back to the dawn of civilization, so comic books are just a very recent medium for this genre.It can be debated which was the first true horror comic as we know them today. But, there are a few issues and titles that are milestones.Issue #7 of Prize Comics, published in December 1940, featured Dick Briefer's 'New Adventures of Frankenstein' This is considered by many historians as 'the first real horror series'. Frankenstein continued its run until Prize Comics #52 in April 1945. Briefer eventually morphed him into a humorous character.Avon Publications' one shot Eerie Comics #1 (Jan. 1947) has been classed as 'the first out-and-out horror comic book'. This title then reappeared in 1951 and ran for 17 issues.American Comics Group's Adventures into the Unknown (1948-1967) enjoyed the longest run from these pioneer comic book titles. But, no more need for debate, just enjoy the titles we hold in this category!
Toon meer Toon minder