French Canadians, Furs, and Indigenous Women in the Making of the Pacific Northwest 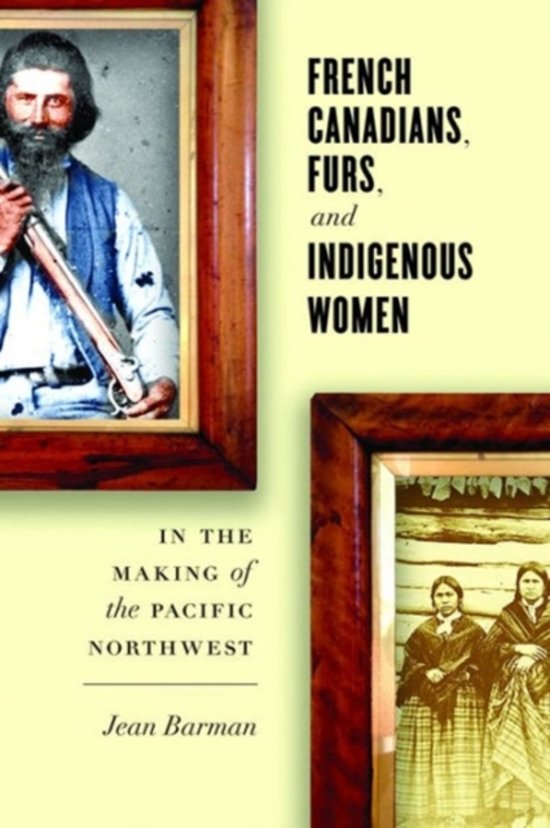 This is a massive undertaking by a historian at the height of her powers. Barman has availed herself of an eclectic assemblage of sources: biographies, fur trade journals and exploration narratives, church records, and recent Canadian and American historiography on the fur trade, among others. She has seamlessly integrated this material to tell the stories of individuals and families, while at the same time providing a contextual framework for understanding the social, economic, and political trajectories of these people ... French Canadian, Furs, and Indigenous Women in the Making of the Pacific Northwest is yet another fine contribution to BC history by one of its leading practitioners. -- Heather Devine, University of Calgary * BC Studies * Barman concludes this extensive, well-researched, and analytical work by stressing the need to view the history of the Pacific Northwest more inclusively. -- Jacky Moore, Herne Bay * British Journal of Canadian Studies, Vol. 29 No. 1, Spring 2016 * In Barman's adroit hands, the lives and experiences, hopes and dreams of the French Indian families who had a significant yet generally unremarked impact on the Pacific Northwest come to life. Rather than peripheral figures in the larger course of historical events, they were often at the center of the action - in exploring and fur-trapping expeditions, during periods of relatively peaceful negotiation and exchange, and at times of armed conflict. -- Melinda Marie Jette * Oregon Historical Quarterly, Summer 2015 * The history of French Canadian fur trappers in the northwest, often mentioned in local state histories, here crosses national and cultural borders to include their interactions with indigenous peoples and stories of travels from eastern Canada to Oregon and British Columbia. This book is an essential forensic history for all people who trace their ancestry to the fur trade era of the Pacific Northwest. -- David G. Lewis, PhD, Tribal Historian, Confederated Tribes of the Grand Ronde Community of Oregon Barman's feast of historical and genealogical data on French Canadians in British Columbia forces the reader to ponder their absence in previous BC histories, and reinforces the position of French Canadians as one of the founding peoples of that province. -- Maurice Guibord, Societe historique francophone de la Colombie-Britannique
Toon meer Toon minder