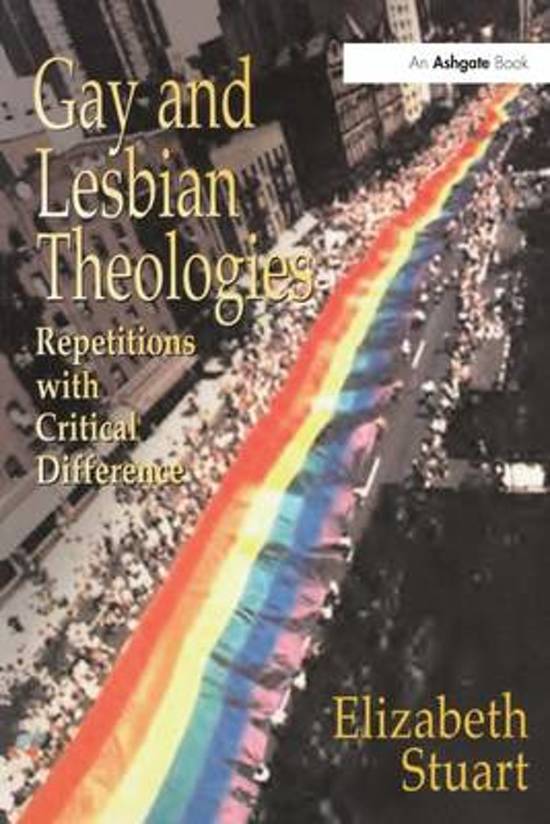 Gay and lesbian theology has been one of the most distinctive voices to have emerged in Christian theology in the last 30 years. It has placed lesbian and gay experience at the heart of the theological process. Elizabeth Stuart, one of the most prominent theologians in this field, presents the first critical survey of gay and lesbian theology arguing that its emergence was nothing short of miraculous. Gay and lesbian theologians managed to take a dominant Christian discourse which rendered them sinful, sick and harmful to the common good and transform it into a theology which argued that a person's sexuality provided the point of contact between God and themselves. Stuart argues that, miraculous though this was, gay and lesbian theology has revealed itself to be 'bankrupt' - incapable of providing universally convincing reasons for the inclusion of lesbian and gay people and their relationships in the Church and unable to deal with the defining experience of lesbian and gay communities in the late twentieth-century - AIDS. Stuart concludes that lesbian and gay people and their opponents in the Church have too easily bought into modern constructions of sexual identity and cut themselves off from a Christian tradition which is far more 'queer' in that it refuses to accept the stability of gender and sexual desire. Stuart argues that the only way out of the current deadlock on the issue of homosexuality in the Churches is for both sides to embrace this ancient queer tradition - a Christian tradition which teaches that in the end gender and sexual identities have no ultimate importance.
Toon meer Toon minder

'Here is a book that ...lays out a very useful theological position that can be extremely valuable for our debates over GLBT involvement in church life...Stuart insists ... we in the church who are so bitterly divided over sexuality issues are here invited to recognize that we have all put our faith in the wrong place; in sexuality rather than in God. One cannot help but see here a theological argument which could be very useful to the churches involved in debate over issues related to homosexuality... An excellent bibliography, a full set of useful notes and a very helpful index are proviced.' Gene Huff, More Light Update 'This book is a good critical survey of the development of gay and lesbian theology. It offers solid arguments for a different approach to sexual identity. It is definitely to be recommended.' Catholic Library World 'In this thoughtful book, Stuart traces the development of gay and lesbian theology, highlighting the ways in which it draws on late twentieth-century Christian theology and the growing field of gay and lesbian studies... With its broad historical survey of contemporary theologies and its provocative theological argument, this book should be of interest to a wide range of readers, including college students and seminarians.' Religious Studies Review 'Liz Stuart's latest book is a summary and overview of British and American lesbian, gay and queer theologies produced over the last three decades and an argument about their meaning and significance... it is always readable, engaging and stimulating... Stuart's summaries of the diverse theologies she treats are excellent: clear and concise without being superficial and, at least in her treatment of gay and lesbian theologies, constructively critical.' Journal of Beliefs and Values 'This is an informative book which those on both sides in the current controversy might profitably read and ponder.' Modern Believing 'Stuart's awareness of mainstream work in areas such as feminism and gay and lesbian studies enriches the book and contextualizes its main contents. It is an especial merit of the book in the eyes of this reader that it gives particular attention to the implications of its subjects for pastoral work.' Crucible
Toon meer Toon minder