Give the Devil His Due The Ends Defy His Means 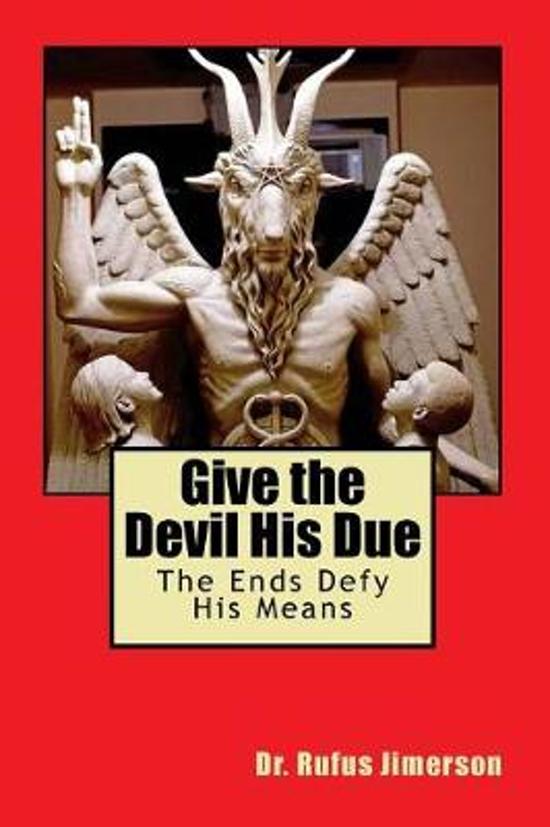 The purpose of Give the Devil His Due, Volume 1 of 2, is to describe how the most sinister politician (Trump) and his minions stole the presidential leadership of this nation from a diverse, inclusive, minority/majority coalition that best represents a majority of Americans and their democratic values. The book begins with how the alt-right Tea Party falsified and mischaracterized the views, agenda and accomplishments of the nations first African-American president, Barrack Hussein Obama. The Tea Party and alt-right media exploited religious, cultural and racial fears to apply a litmus test to primary-out the most moderate members of the Republican Party and transform it into a party galvanizing white resentment, privilege, greed, pay-to-play, and win-at-all-cost politics. They redefined American Greatness as a repressively white, male dominated rule where racists, xenophobes, and misogynists thrived. There model epoch was Jim Crow, pre-Civil Rights, America when such authority met-out with systemic and individual sanctions against nonwhites, women, and non-Christians. This nostalgia, followed by organizing, lobbying, and fundraising from the state level captured legislatures, governorships, and Congressional seats by unscrupulous means, including profound use of dark money. That kind of money from organized crime (Russian and homeland) mafia allegedly financed Trumps campaign and global business empire which was instrumental in the thief of the presidency with the power to appoint judges to interpret law favoring white supremacy for generations to come. Trump is the Omen figure that exploits the opportunity provided by the alt-right to steal the presidency, leadership of the GOP and Make America White Again by purging Latinos and Muslims as possible and force other people of color to bow to their power and hubris or face expediency by rogue officers, vigilantes or institutional apathy.
Toon meer Toon minder