Goering The Rise and Fall of the Notorious Nazi Leader 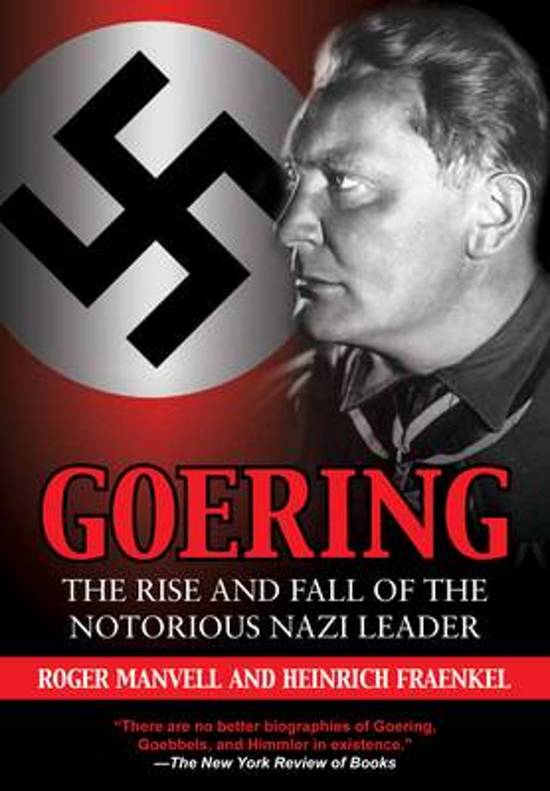 Commander-in-Chief of the Luftwaffe, president of the Reichstag and Hitler's designated successor, Herman Goering was one of most capable - and sinister - leading figures of the Third Reich. He played a major role in smoothing Hitler's road to power through helping to secure the support of generals, financiers and industrialists, and as creator of the secret police he showed formidable energy in crushing all resistance. As commander of the Luftwaffe, he led the mightiest air force the world had ever seen.As the Second World War drew to a close, however, Goering was a bloated shadow of his former self, he became an increasingly discredited figure, despised by Hitler and ridiculed by his former fellow henchmen. In this classic biography, Manvell and Fraenkel have drawn on interviews with members of Goering's family, his former associates, his enemies and his servants. His extravagant lifestyle and tastes, his unusual habits and uniforms, his cunning, ambition and casual brutality, are all explored in dramatic detail. The result is a thorough and intimate portrayal of this dangerous and contradictory man and an insightful history of the rise and ultimate collapse of the Third Reich.R OGER MANVELL and HEINRICH FRAENKEL are critically acclaimed authors who co-wrote a number of highly regarded books on Nazi Germany's key figures, including Joseph Goebbels (Doctor Goebbels, Frontline) and Heinrich Himmler. They also co-wrote The Men Who Tried to Kill Hitler (Frontline).
Toon meer Toon minder