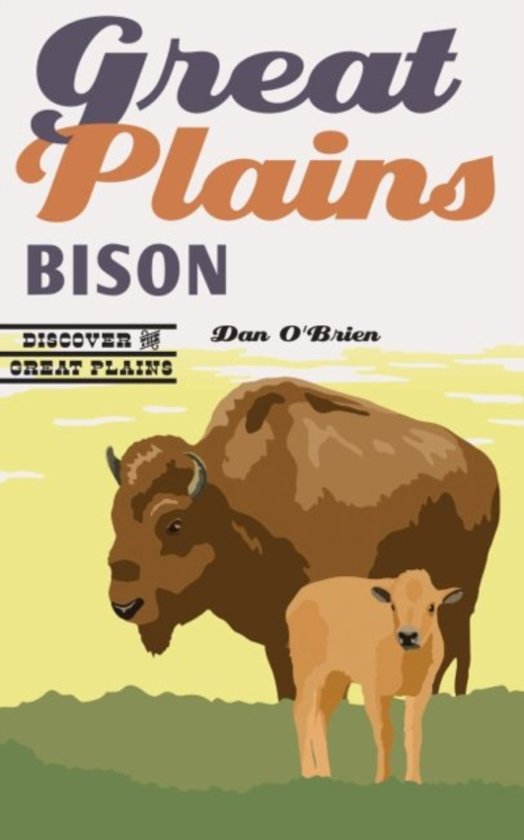 A Project of the Center for Great Plains Studies and the School of Natural Resources, University of NebraskaGreat Plains Bison traces the history and ecology of this American symbol from the origins of the great herds that once dominated the prairie to its near extinction in the late nineteenth century and the subsequent efforts to restore the bison population.A longtime wildlife biologist and one of the most powerful literary voices on the Great Plains, Dan O'Brien has managed his own ethically run buffalo ranch since 1997. Drawing on both extensive research and decades of personal experience, he details not only the natural history of the bison but also its prominent symbolism in Native American culture and its rise as an icon of the Great Plains. Great Plains Bison is a tribute to the bison's essential place at the heart of the North American prairie and its ability to inspire naturalists and wildlife advocates in the fight to preserve American biodiversity.
Toon meer Toon minder

In just a few pages Dan O'Brien narrates the arc of Manifest Destiny and the demise of cultures and creatures at the heart of the American story. He describes our kinship with buffalo and the moral imperative to keep this wild creature, its landscape, and our indigenous cultures from going completely extinct. A must-read. -Carter Roberts, president and CEO of the World Wildlife Fund in the United States -- Carter Roberts In America we have never liked wildness in our rivers, parks, or animals. The bison, wolf, and grizzly have all suffered from deliberate extirpation. Dan O'Brien warns us that it does not have to be that way. -Yvon Chouinard, founder and owner of Patagonia Inc. -- Yvon Chouinard Dan O'Brien's reverent history of the buffalo is a fascinating look at the relationship between nature and people-and an important reminder of the need to keep that relationship in balance. -Mark R. Tercek, president and CEO of the Nature Conservancy -- Mark R. Tercek Dan O'Brien's Great Plains Bison is a welcome addition to the historiography of the rise and fall of America's national mammal. . . . By using his knowledge of ecology and how bison fertilized their grazing range, O'Brien offers an innovative interpretation of the Dust Bowl. -John Buchkoski, Chronicles of Oklahoma -- John Buchkoski * Chronicles of Oklahoma * Dan O'Brien, wildlife biologist, bison rancher, author, has written a short, thought-provoking book about that American icon, the buffalo. -Craig Anderson, Natural Areas Journal -- Craig Anderson * Natural Areas Journal * [Great Plains Bison] is a story of the bison's relationship to the prairie ecosystem and the humans who have lived there. Told in a linear fashion, it covers the arc of bison history from nomadic Asian hunters who pursued the modern bison's larger and slower ancestors across the Bering Land Bridge, to bison's symbiotic relationship with Native Americans and the ultimate decimation of both under the banner of Manifest Destiny. . . . For those who want to be informed about bison, this book is a great place to start! -Dave Sands, Nebraska History -- Dave Sands * Nebraska History * The Great Plains, a region long on ecological majesty and American mythos but short on recorded history, can best be studied through its most important animal: the bison. . . . South Dakota rancher Dan O'Brien offers a lucid assessment of the species. -Alex Starace, Rain Taxi -- Alex Starace * Rain Taxi *
Toon meer Toon minder