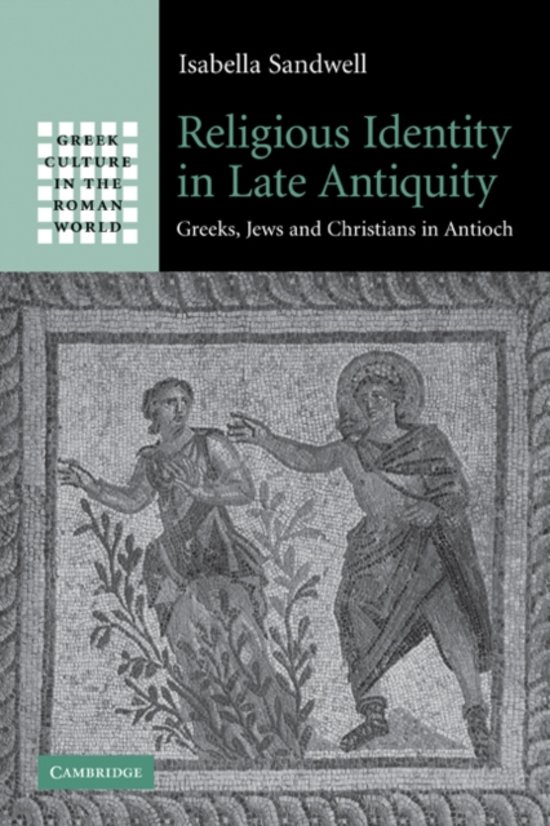 Studies of religious interaction in the fourth century AD have often assumed that the categories of 'pagan', 'Christian' and 'Jew' can be straightforwardly applied, and that we can assess the extent of Christianization in the Graeco-Roman period. In contrast, in this text, Dr Sandwell tackles the fundamental question of attitudes to religious identity by exploring how the Christian preacher John Chrysostom and the Graeco-Roman orator Libanius wrote about and understood issues of religious allegiance. By comparing the approaches of these men, who were living and working in Antioch at approximately the same time, she strives to get inside the process of religious interaction in a way not normally possible due to the dominance of Christian sources. In so doing she develops approaches to the study of Libanius' religion, the impact of John Chrysostom's preaching on his audiences and the importance of religious identity to fourth-century individuals.
Toon meer Toon minder