Hang on a Second! 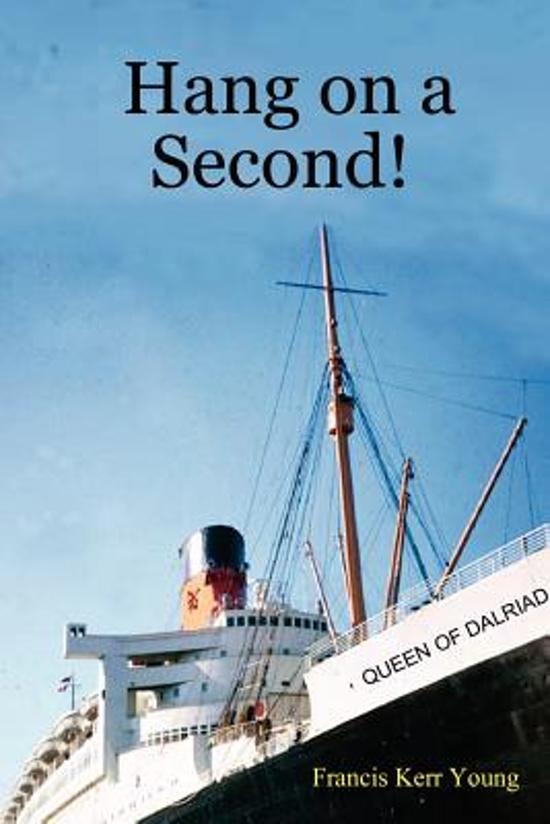 A double murder occurs aboard TSTS Queen of Dalriada and the main suspect supposedly commits suicide. A young engineer on his first sea voyage can identity the murderer. Two detectives from Scotland Yard board the ship in New York and pursue their inquiries on three Bahamian cruises. The murderer roams the ship at will - first as a passenger - and later as a stowaway. The engineer is a magnet for older women, including a female policewoman who falls for him after he accidentally becomes naked during an interview. In another scene a ship's nurse, whose best before date has long since past, leads him astray. A Canadian shows him the ropes but he is handicapped with a thick Scottish brogue, making it difficult for him to be understood. He, in turn, must adapt to various English dialects. Sex, ribald humour, horror, and tragedy keeps readers interested in this tale of yesteryear. RMS Queen Mary's original interior is a backdrop to this hilarious novel about life below decks on an old passenger liner.
Toon meer Toon minder

Originele Titel
Hang on a Second!