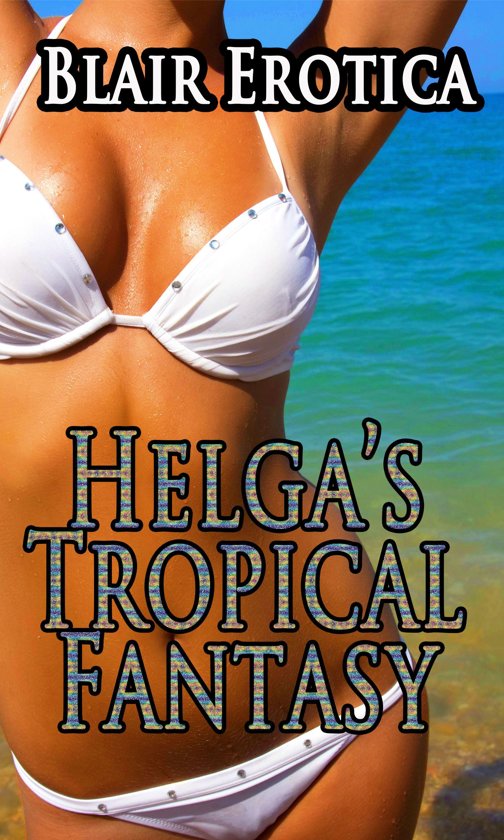 Helga saved for two years to come to a tropical island in search of wild and crazy fun that she doesn't get and maybe can't risk at home. But it is low season and she is bored. Roger is happy to show her a side of the island that tourists seldom see and introduce her to people and customs that give her the memorable sexual experiences she desperately wants.


It seemed ironic that although she was exactly where she had dreamed of being, where she had saved her money to be, Helga found herself at the edge of tears.


"What's the matter, Helga?" She looked up and saw the concern in Jeri's face. She hadn't realized how much her misery showed. Jeri ran the café and the two women had hit it off when Helga began dropping in for coffee and a chat.


The bright early sunlight of a beautiful tropical morning woke the small island, turning the water emerald. Although she got up with the sun, the beauty of the dawn was entirely lost on Helga as she got up and walked to the café at the marina for a lonely breakfast.


Helga shook her head sadly, relieved to have someone to talk to about her situation. "Back home I work in an office and seldom see the sun. The skies there are often grey anyway and so is my life — routine and boring. I don't see that it will change. How can it? So, I decided I deserved some excitement and saved up my money for two years so that I could come to the Caribbean," she said.


"I thought that if I could come to the tropics just once, I might enjoy some real adventure." She dropped her head into her hands. "Now my time here is almost over and almost nothing has happened. The beach is nice, everything I hoped for, but empty. The two nightclubs that bother to open are empty. I've met some nice people, but mostly they have come as couples." She ran a hand down her tanned shoulder. "This tan is the most exciting thing that's happened."


"I am so sorry that happened to you," Jeri said softly. "You should have checked before you booked. It's the offseason here. Things get really quiet and even many island people tend to leave if they have something to leave to in Europe or the US."


Helga had to laugh at herself. "Oh, I did check. I was so damn clever. When I read about the low season, I thought that it would just be a little slower and that would okay. No crowds and it meant I could come sooner because the low season is so much cheaper. I didn't realize that it was practically dead."


Jeri poured her a cup of coffee then added a shot of rum. "Too bad you didn't bring a boyfriend along."


Helga smiled at her suggestion. "The boyfriends I have had back home are almost as exciting as the grey sky. Their ideas of fun in the sun didn't match up to my dream, my fantasy about the tropics, Jeri."


Jeri clucked. "So, I'm guessing you were hoping for hot casual sex with strange and sexy surfer boys under warm tropical


Helga sniffed. "Something like that." She sniffed. "I know it sounds absurd and probably petty. But I'd hoped…"


Jeri looked over the young girl's slim body, pert breasts, and her short blonde hair framing a pretty, pale face with soft blue eyes. "So, tell a friend what you were really hoping for. Maybe I can help."