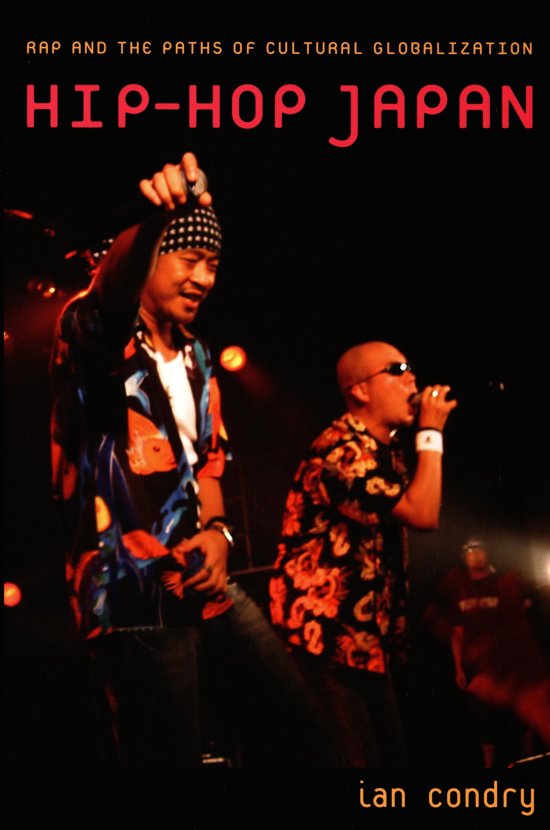 In this lively ethnography Ian Condry interprets Japan's vibrant hip-hop scene, explaining how a music and culture that originated halfway around the world is appropriated and remade in Tokyo clubs and recording studios. Illuminating different aspects of Japanese hip-hop, Condry chronicles how self-described "yellow B-Boys" express their devotion to "black culture," how they combine the figure of the samurai with American rapping techniques and gangsta imagery, and how underground artists compete with pop icons to define "real" Japanese hip-hop. He discusses how rappers manipulate the Japanese language to achieve rhyme and rhythmic flow and how Japan's female rappers struggle to find a place in a male-dominated genre. Condry pays particular attention to the messages of emcees, considering how their raps take on subjects including Japan's education system, its sex industry, teenage bullying victims turned schoolyard murderers, and even America's handling of the war on terror.


Condry attended more than 120 hip-hop performances in clubs in and around Tokyo, sat in on dozens of studio recording sessions, and interviewed rappers, music company executives, music store owners, and journalists. Situating the voices of Japanese artists in the specific nightclubs where hip-hop is performed—what musicians and fans call the genba (actual site) of the scene—he draws attention to the collaborative, improvisatory character of cultural globalization. He contends that it was the pull of grassroots connections and individual performers rather than the push of big media corporations that initially energized and popularized hip-hop in Japan. Zeebra, DJ Krush, Crazy-A, Rhymester, and a host of other artists created Japanese rap, one performance at a time.

Ian Condry's book moves masterfully between ground-level observation of the Japanese hip-hop scene and sharp insight into the global flows of cultural influence. His analysis of the urban spaces in which Japanese hip-hop culture unfolds is fascinating and smart. So, too, is the book's careful mapping of hip-hop's place within the complex history of Japanese popular music since World War II. Condry is one of the handful of writers breathing new life into popular music ethnography with lively, evocative writing and a firm grasp of contemporary cultural theory. -Will Straw, author of Cyanide and Sin: Visualizing Crime in 50s America I found Hip-Hop Japan fascinating. Ian Condry writes with both authority and intimacy. Taking on the movement of musicians, CDs, soundtracks, graffiti, breakdancing, fashion, racialized culture, style, musical genre, lyrics, and history from the United States to Japan, he offers a groundbreaking transcultural study of popular culture explored through an ethnography of the local. -Anne Allison, author of Millennial Monsters: Japanese Toys and the Global Imagination
Toon meer Toon minder