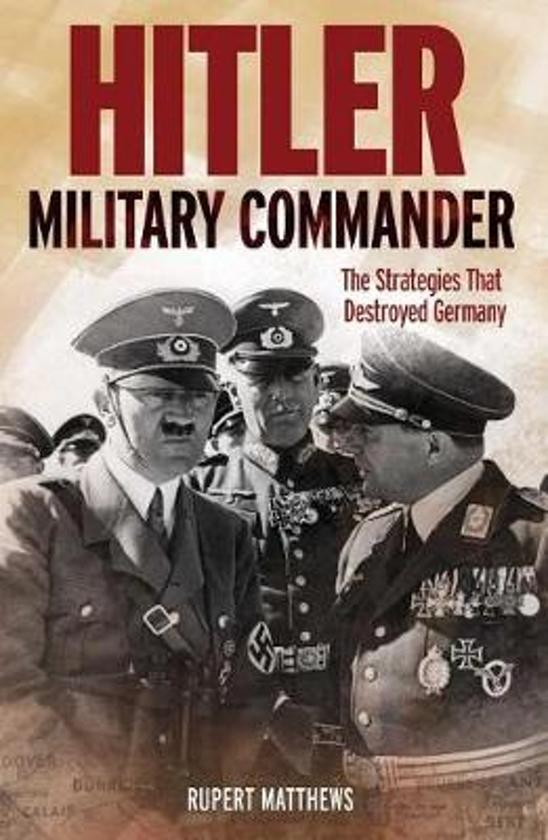 A comprehensive examination of Hitler's military strategies. As F hrer of the Third Reich, Hitler was responsible for deciding the German war aims in 1939. As head of the Armed Forces from February 4th, 1938, he was also responsible for the overall Wehrmacht strategy intended to achieve these aims. Hitler: Military Commander examines with impeccable detail Hitler's key military decisions during the Second World War, and assesses how far these decisions were militarily justified in the light of the intelligence available at the time. Perhaps most importantly, it tackles the larger questions of how a non-German former corporal, albeit the holder of the Iron Cross First Class, managed to take personal control of an army with the Prussian traditions of the German army; to appoint, sack, and sentence to death its generals at will, to lead it into a World War it was not prepared for; and to ultimately destroy it. Featuring black-and-white photographs, maps, biographical context, tactical analysis, and more, this new edition of Hitler: Military Commander will give readers the comprehensive overview of Hitler's military decisions and downfall.
Toon meer Toon minder