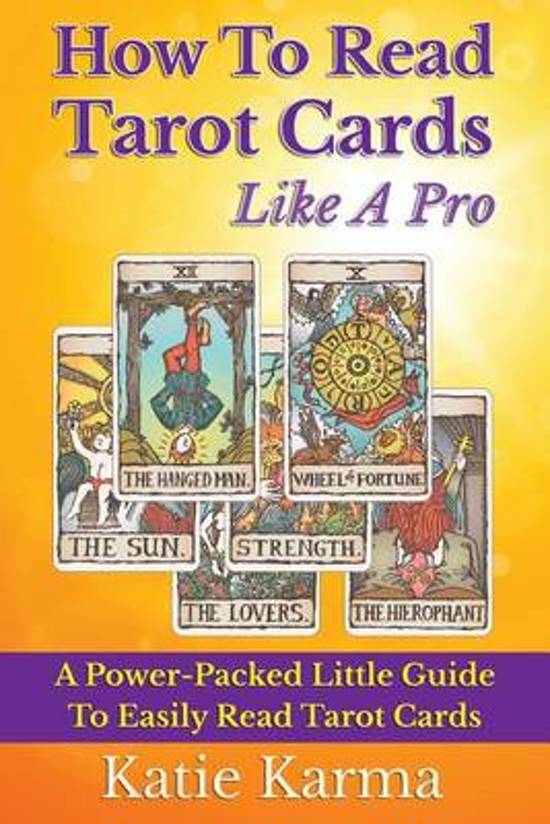 Do you want to know what's going on in your life, or would you rather it remain a secret? Katies curiosity was the primary reason she wanted to learn how to read Tarot cards, so she purchased Eden Grey's ''Complete Guide to the Tarot'' and the Hoi Polloi deck and began practicing on herself. That was back in 1975 when she bought her first deck and book. Truthfully, she was having a super hard time because of the long explanations and meanings for each card. What further confused her were the reversed meanings. She still pushed on and kept practicing on herself and a few family members and close friends. She had to use the book while reading. Then in 1983, she went to a reader and was fascinated by her interpretations of the cards. They were different from all the meanings she had seen in all other books. She attended the teachers exclusive, invitation-only class and learned HER way! After many years, she decided to gather and organize the lessons from that class.The result is this little book that is power packed with information...no fluff, minimal illustrations, and no long-winded explanations. It's a unique blend of esoteric Tarot meanings combined with astrology and numerology. She included a few astrology ''lessons'' in the event you aren't familiar with the zodiac, along with simple numerology explanations.You can use these simple meanings to learn what's going on in your own life. As Katies teacher used to say, the Tarot cards will always give you little clues...you just need to know how to interpret them! Just remember that when you lay out the cards, they will tell you what you need to know and not necessarily what you want to know. You can analyze your life and the lives of others. It might give you and others the hope and guidance everyone so desperately needsSince the first edition, Katie has added material to this book, including symbols and colors in the Tarot and five sample layouts with interpretations. She initially wanted to keep the book basic rather than complicated. However, she realized there were some readers who wanted to become more immersed in the Tarot cards, so she provided more in-depth details.Now you will find chapters on colors and symbols in Tarot cards. She doesnt personally use them in her readings, but maybe this additional information will encourage you to enhance your knowledge of the cards. Katie also listened to the readers who were kind enough to write reviews, and it seemed as though some were disappointed because there were no ''examples'' of layouts in the book. So, she took pictures of five layouts and explained them the best she could. Please remember that the author is not a professional photographer, so they might look amateurish. That's because they are!Nowif you are confused, frustrated and/or fed up with other Tarot card books that have long explanations and meanings and then reversed meanings as you are attempting to learn how to read Tarot cards, scroll up and click on the ''buy'' button and be inspired. Please remember to let her know what you think of the book with your welcomed review.Katie
Toon meer Toon minder