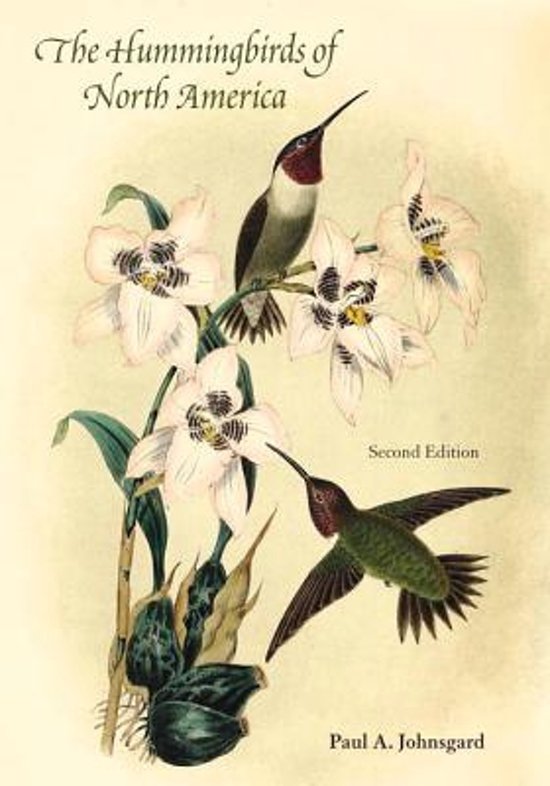 Swift and iridescent, hummingbirds are found only in the New World, and encompass an amazing variety of specializations. No other family of birds can lay claim to so many superlatives, including smallest size, most rapid wingbeat, and most specialized plumages. While many species can be attracted to feeding stations and backyard flower gardens, others can be found only in the wild. Paul A. Johnsgard's Hummingbirds of North America is the only book devoted to the identification, distribution, and biology - both individual and comparative - of all hummingbirds that breed in North America. First published in 1983, this acclaimed volume now has been revised and expanded to include twenty-five Mexican species, such as the long-billed starthroat and the fork-tailed emeralds, thereby more than doubling the species coverage of the original edition. Full species-by-species accounts survey the evolutionary history, anatomical and physiological specializations, and comparative ecology, behavior, and reproductive biology of this largest family of nonpasserine birds. Individual accounts are complemented by 24 full-color paintings. Including updated range maps, identification keys, and a bibliography that has been broadened to include literature on the little-known Mexican species, the book is both accessible to amateur birders and an authoritative volume for ornithologists.
Toon meer Toon minder

Johnsgard is to be congratulated for once again condensing a vast literature into a very useful single volume, the best now available on hummingbirds. The Auk The Hummingbirds of North America is an admirable success and I recommend it as good, informative reading. The Wilson Bulletin A model of what such a book should be in attractiveness of design, color plates, other illustrations, and text... as colorful and unique as the species it describes. Snowy Egret A treasury of information... A volume to take along for a season of hummingbird studies as well as to enjoy at home. Science