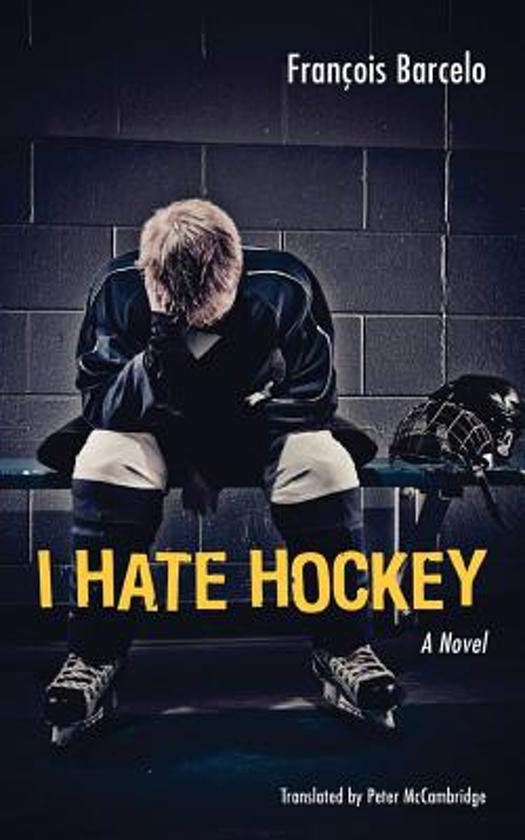 In this sardonic roman noir, Antoine Vachon-a loser who has lived in a pitiful bachelor apartment since his wife left him and he lost his job as a car salesman-is persuaded to coach his son's hockey team for one game because the previous coach died mysteriously. Antoine makes it through the game, to great comic effect, but things go awry when the team stops at a motel and he shares a room with star player Nguyen. His roommate makes it clear that the previous coach was a pedophile and regularly shared a room with Nguyen or Antoine's own 14-year-old son. Antoine begins to suspect that his son killed the coach and goes to unbelievable ends to hide him from the police. To make matters worse, Nguyen, who turns out to be a girl, is pregnant, and Antoine's son is her boyfriend. Antoine and his ex-wife want to help the two kids and their future baby, but it is too late.
Toon meer Toon minder

It is about the dark side of teenagers, and how hard it is for a father to find his place in his son's world. The style is tragic yet comical and you don't know how it will end until the very end. --Laetitia Le Cloch A brisk and often disturbing piece of fiction. . . . Readers are kept guessing until the end. . . . The book is genuinely funny. . . . A fast-paced and entertaining read that delivers a satisfying conclusion that will keep readers thinking even after the final page is turned. --www.TheHockeyWriters.com (December 13, 2011) I couldn't put it down. . . . This was good writing and a riveting story. --www.QctOnline.com An excellent short thriller, set in somber surroundings, that also gets you laughing . . . darkly. --Jessica mond-Ferrat Though this novella was originally published in French in 2011, McCambridge's excellent translation retains the prolific Quebecois author's tight narrative and biting voice in his tragicomic English-language debut. . . . Powerful. --Publishers Weekly (April 2, 2012) From Chapter Three on, I couldn't put it down. Rare is the time when I'll devour a book in one sitting, but this was one... a riveting story. --Marie White, Book Review Editor, Quebec Chronicle Telegraph Mr. Barcelo has done a good job at evoking emotions, and that's a skill that not a lot of authors can boast. I Hate Hockey certainly is worth reading if you're looking for a good crime story with a hockey element. Recommended reading if you're a mystery lover. --www.hockey-blog-in-canada.blogspot.com Riddled with humour both broad and pointed. I found it to be a true satire (vicious at times, as satire must be.) . . . The picture is that of a profoundly dislocated society that implicitly offers little more than hockey, sexual molestation, social and political desolation, and suicide. . . . A bitter and courageous book. --Fred A. Reed, Governor General's Award-winning literary translator of Journey to the Morea
Toon meer Toon minder