I'm Not Like Everybody Else Biopolitics, Neoliberalism, and American Popular Music 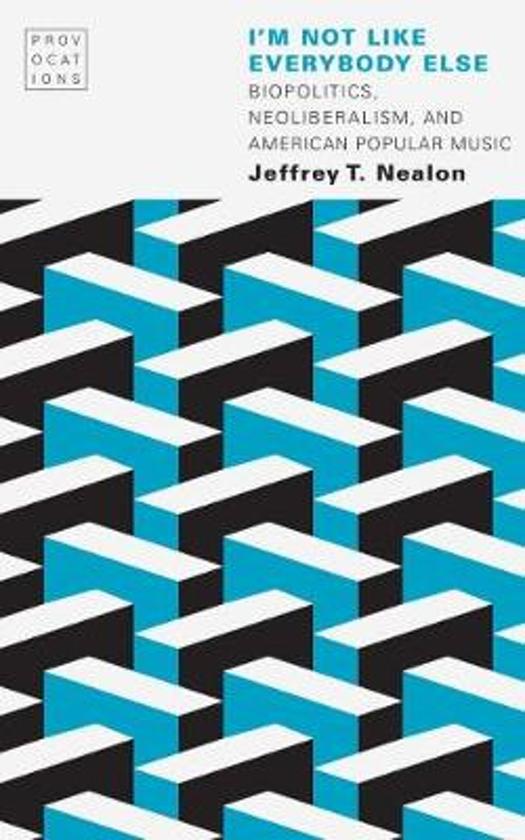 Despite the presence of the Flaming Lips in a commercial for a copier and Iggy Pop's music in luxury cruise advertisements, Jeffrey T. Nealon argues that popular music has not exactly been co-opted in the American capitalist present. Contemporary neoliberal capitalism has, in fact, found a central organizing use for the values of twentieth-century popular music: being authentic, being your own person, and being free. In short, not being like everybody else. Through a consideration of the shift in dominant modes of power in the American twentieth and twenty-first centuries, from what Michel Foucault calls a dominant disciplinary mode of power to a biopolitical mode, Nealon argues that the modes of musical resistance need to be completely rethought and that a commitment to musical authenticity or meaning-saying no to the mainstream-is no longer primarily where we might look for music to function against the grain. Rather, it is in the technological revolutions that allow biopolitical subjects to deploy music within an everyday set of practices (MP3 listening on smartphones and iPods, streaming and downloading on the internet, the background music that plays nearly everywhere) that one might find a kind of ambient or ubiquitous answer to the attention capitalism that has come to organize neoliberalism in the American present. In short, Nealon stages the final confrontation between keepin' it real and sellin' out.
Toon meer Toon minder

This project clears a path through the stalemate of the authenticity' (an enduring watchword of most popular musicological scholarship) debate and boldly goes where few others have dared to go. As the new musicology moves to make sense of its relation to sound studies, this kinky little book is likely to emerge as an important, if vexed, touchstone. -John Mowitt, leadership chair in the critical humanities at the University of Leeds and author of Sounds: The Ambient Humanities -- John Mowitt