IBB - Smart But Foolish Reasons He Can'T be the Next President 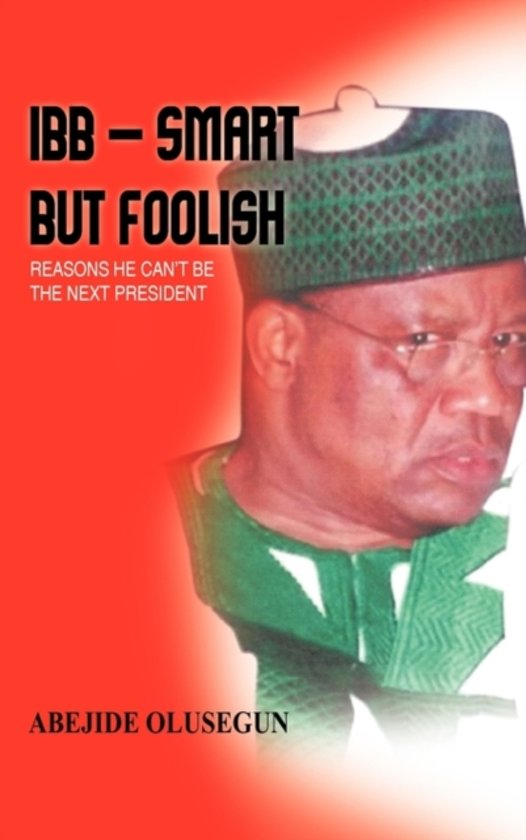 IBB - Smart But Foolish REASONS HE CAN'T BE THE NEXT PRESIDENT chronicles the tenure of one of Africas most dreaded dictators and terrorists, Ibrahim Badamasi Babangida, a.k.a, IBB. It details the political, social, and economic policies of the former ruler of Africas most populous nation, Nigeria. A self-described evil genius, Babangida led Nigerians through a tortuous and deceptive political and economic transition that ended in a coup detat. Perhaps because of his craftiness, it wasnt until the end of his military career that the dictators ruthlessness and lust for power became obvious. This volume answers most of the unresolved questions about the man known as Maradona by Nigerians. This nickname arose from his widely known skills at cheating and diverting in the same manner as Argentinean soccer genius, Diego Maradona, who infamously cheated to earn victory over England in the 1986 World Cup. Author Abejide Olusegun examines the dictators purported involvement in the murders of Dele Giwa, Ken Saro Wiwa, Mama Vasta, and many others, along with his frequent detention of late legal luminary, Gani Fawehinmi, and his connection to the corrupt Bank of Credit and Commerce International (BCCI). IBB-Smart But Foolish REASONS HE CAN'T BE THE NEXT PRESIDENT attempts answer some of the riddles surrounding IBB and raise questions about any role he may have in Nigerias future.