Illustrations of the Book of Job 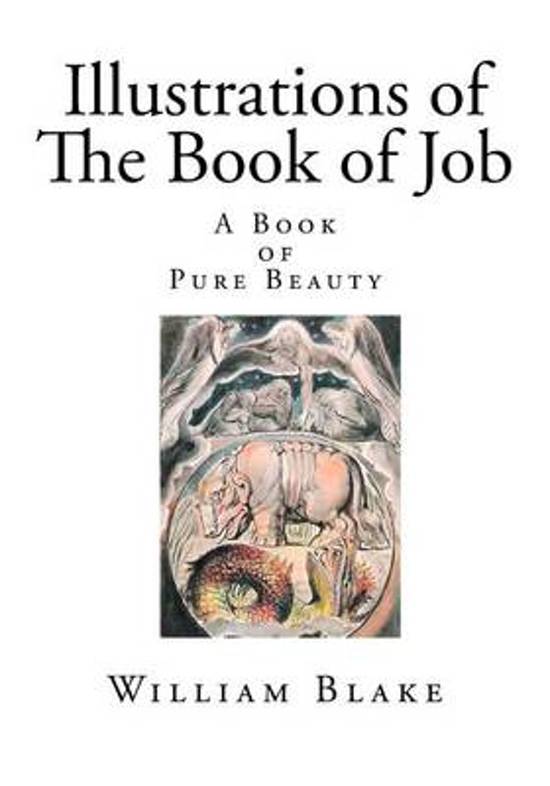 "William Blake (28 November 1757 – 12 August 1827) was an English poet, painter, and printmaker. Largely unrecognised during his lifetime, Blake is now considered a seminal figure in the history of the poetry and visual arts of the Romantic Age. What he called his prophetic works were said by 20th-century critic Northrop Frye to form ""what is in proportion to its merits the least read body of poetry in the English language"". His visual artistry led 21st-century critic Jonathan Jones to proclaim him ""far and away the greatest artist Britain has ever produced"". In 2002, Blake was placed at number 38 in the BBC's poll of the 100 Greatest Britons. Although he lived in London his entire life (except for three years spent in Felpham), he produced a diverse and symbolically rich œuvre, which embraced the imagination as ""the body of God"" or ""human existence itself"".

‘A Book of Pure Beauty’ Illustrations of the Book of Job by William Blake Illustrations of the Book of Job Invented and Engraved by William Blake Sensational Illustrations from the book of Job The Book of Job - The Book of Job is one of the Writings of the Hebrew Bible, and the first poetical book in the Christian Old Testament. Addressing the theme of God's justice in the face of human suffering - or more simply, "Why do the righteous suffer?" - it is a rich theological work, setting out a variety of perspectives. It has been widely and often extravagantly praised for its literary qualities - "The greatest poem of ancient and modern times," according to Tennyson, and the only book of the Bible on one list of "The 100 Best Books of All Time". Job laments the day of his birth; he would like to die, but even that is denied him. His three friends Eliphaz the Temanite, Bildad the Shuhite and Zophar the Naamathite, console him. The friends do not waver in their belief that Job's suffering is a punishment for sin, for God causes no one to suffer innocently, and advise him to repent and seek God's mercy. Job responds with scorn: a just God would not treat him so harshly, patience in suffering is impossible, and the Creator should not take his creatures so lightly, to come against them with such force. God speaks from a whirlwind. His speeches neither explain Job's suffering, nor defend divine justice, nor enter into the courtroom confrontation that Job has demanded, nor respond to his oath of innocence. Instead they contrast Job's weakness with divine wisdom and omnipotence: "Where were you when I laid the foundations of the earth?" Job makes a brief response, but God's monologue resumes, never addressing Job directly. In 42:1-6 Job makes his final response, confessing God's power and his own lack of knowledge "of things beyond me which I did not know;" previously he has only heard, but now his eyes have seen God, and "therefore I retract/And repent of dust and ashes."
Toon meer Toon minder