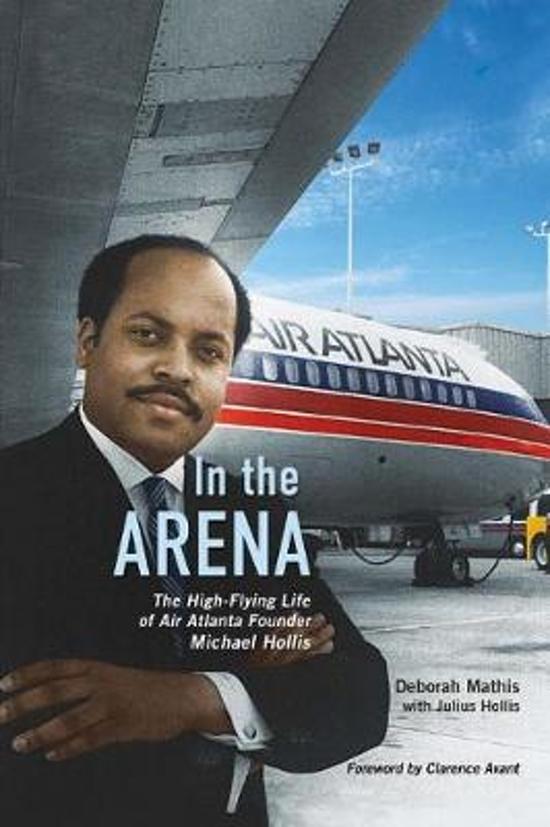 After working as a deadline reporter for twenty-seven years (including a seven-year stint as White House Correspondent during the Clinton years), veteran journalist and author Deborah Mathis studied under a Shorenstein Fellowship at Harvard, taught at Northwestern University’s prestigious Medill School of Journalism, was Communications Director at the Public Justice Foundation, wrote a weekly column for BlackAmericaWeb.com, and is the author of three books:  Yet A Stranger: Why Black Americans Still Don’t Feel at Home, What God Can Do, and Sole Sisters: the Joys and Pains of Single Black Women.
Alles van Deborah Mathis
Toon meer Toon minder

Michael Robinson Hollis was born in a fiercely segregated southern city that, by custom and even by law, relegated African Americans to the lower rungs of society. Whether through inadequacies in housing, education, health care, jobs, recreation or civil liberties, black Atlantans in 1953 were deprived of the kinds of opportunities promised by the American creed. At one point during Michael’s childhood, the white political establishment erected a blockade ? the infamous ?Peyton Road Wall” ? for the express purpose of separating black and white Atlantans. So determined were the powers-that-be to keep it that way that they did not even bother to conceal their dread and fear of a black majority population and even openly recruited black elders’ assistance in fending off black empowerment. With so many roadblocks, people like Michael Hollis were not supposed to go far. But, even with the odds arrayed against him, he was preparing for a different destiny. In his modest but happy home on Atlanta’s west side, where most black citizens were effectively warehoused by dint of draconian city ordinances and housing covenants, Michael thrived. Gifted with a bright mind, a curious nature and a mother who imbued him with self-confidence and faith, Michael excelled in school, began building strong relationships with influential and accomplished men, and demonstrated a precocious bent for pushing the envelope. Even before the term was a staple of motivational speeches, ?networking” was one of the success tools that Michael understood and mastered from his youth. Everyone expected Michael to go to Morehouse, the historic and prestigious institution that has produced so many of the country’s prominent black male leaders, including Dr. Martin Luther King, activist and statesman Julian Bond and one of Michael’s mentors and friends, Maynard Jackson, Atlanta’s first black mayor. The Hollis home was just down the street from the Morehouse campus and Michael’s older brother, Julius, was a student there. But, in a fateful break from tradition and expectation, Michael went to Dartmouth College, where he quickly distinguished himself as an assertive, confident, audacious man-on-the-move. He so impressed Dartmouth President John Kemeny, that Kemeny made him his personal intern ? an unprecedented appointment for an underclassman ? and then extended the term from the customary one year to two. In a 1979 memoir, Dr. Kemeny’s wife predicted that Michael would one day run for president of the United States. ?When Mike reaches that pinnacle?and he will,” she wrote, ?I’ll vote for him.” His next stop was the University of Virginia School of Law, the alma mater of countless federal judges, members of Congress, and captains of American industry. As at Dartmouth, Michael was that rare sight on campus?a black student. And, as at Dartmouth, he proved to be exceptional. With a Jewish classmate from Miami as his sidekick and collaborator, Michael dared to seek the presidency of the 30,000-member Law Student Division (LSD) of the American Bar Association, one of the largest student professional organizations in the world. Over fierce and contentious opposition, Michael and his friend outwitted, out-worked and outmaneuvered their foes and Michael won the post. His pursuit of the LSD campaign and the Dartmouth appointment honed the boldness, determination and shrewdness that would make Michael renowned as a deal-making maestro. There were signs of Michael’s exceptionalism along the way?a friendship with President Jimmy Carter, an appointment to the elite legal staff of the Three Mile Island Commission, an executive position with Oppenheimer among them?but it was Michael’s creation of Air Atlanta, a regional jet service aimed at business travelers, that set him apart from the pack of dynamic black entrepreneurs who emerged in the mid 1970s and early 1980s as the result of new thinking and new policies on equal opportunity and diversity.
Toon meer Toon minder