Indian Spectacle College Mascots and the Anxiety of Modern America 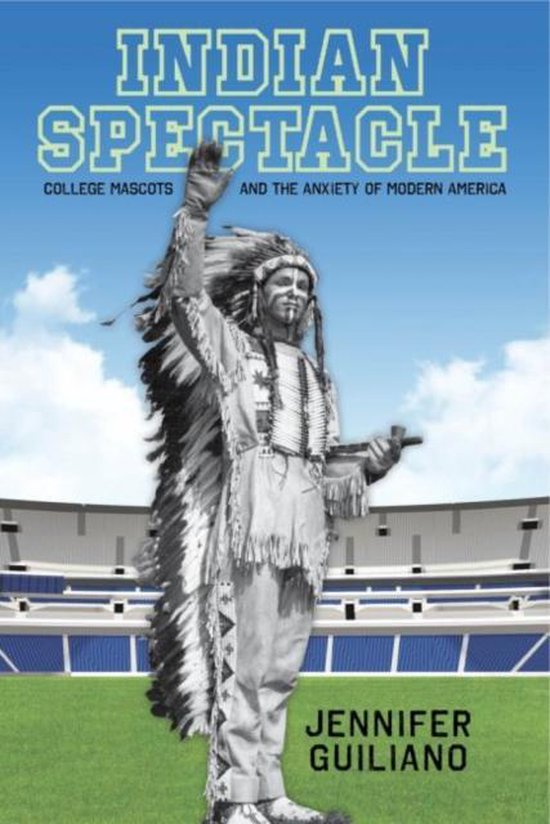 Amid controversies surrounding the team mascot and brand of the Washington Redskins in the National Football League and the use of mascots by K-12 schools, Americans demonstrate an expanding sensitivity to the pejorative use of references to Native Americans by sports organizations at all levels. In Indian Spectacle, Jennifer Guiliano exposes the anxiety of American middle-class masculinity in relation to the growing commercialization of collegiate sports and the indiscriminate use of Indian identity as mascots.Indian Spectacle explores the ways in which white, middle-class Americans have consumed narratives of masculinity, race, and collegiate athletics through the lens of Indian-themed athletic identities, mascots, and music. Drawing on a cross-section of American institutions of higher education, Guiliano investigates the role of sports mascots in the big business of twentieth-century American college football in order to connect mascotry to expressions of community identity, individual belonging, stereotyped imagery, and cultural hegemony. Against a backdrop of the current level of the commercialization of collegiate - where the collective revenue of the fifteen highest grossing teams in Division I of the National Collegiate Athletic Association (NCAA) has well surpassed one billion dollars - Guiliano recounts the history of the creation and spread of mascots and university identities as something bound up in the spectacle of halftime performance, the growth of collegiate competition, the influence of mass media, and how athletes, coaches, band members, spectators, university alumni, faculty, and administrators, artists, writers, and members of local communities all have contributed to the dissemination of ideas of Indianness that is rarely rooted in native people's actual lives.
Toon meer Toon minder