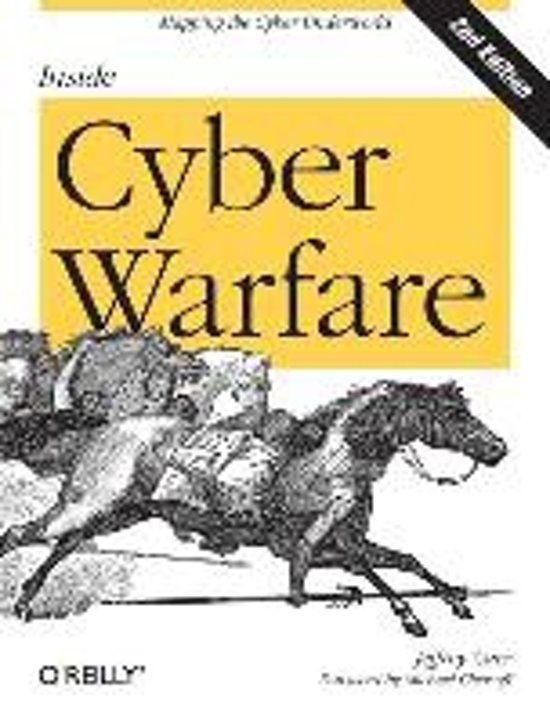 Inside Cyber Warfare provides fascinating and disturbing details on how nations, groups, and individuals throughout the world use the Internet as an attack platform to gain military, political, and economic advantages over their adversaries. You'll discover how sophisticated hackers working on behalf of states or organized crime patiently play a high-stakes game that could target anyone, regardless of affiliation or nationality. The second edition goes beyond the headlines of attention-grabbing DDoS attacks and takes a deep look inside recent cyber-conflicts, including the use of Stuxnet. It also includes a Forward by Michael Chertoff (former Secretary of Homeland Security) and several guest essays, including one by Melissa Hathaway, former senior advisor to the Director of National Intelligence and Cyber Coordination Executive. Get an in-depth look at hot topics including: * The role of social networks in fomenting revolution in the Middle East and Northern Africa * The Kremlin's strategy to invest heavily in social networks (including Facebook) and how it benefits the Russian government * How the U.S. Cyber Command and equivalent commands are being stood up in other countries * The rise of Anonymous with analysis of its anti-structure and operational style or tempo * Stuxnet and its predecessors, and what they reveal about the inherent weaknesses in critical infrastructure * The Intellectual Property (IP) war, and how it has become the primary focus of state-sponsored cyber operations
Toon meer Toon minder