Introducing...The Sky Blazers The Adventures of a Special Band of Troops That Entertained the Allied Forces During World War II 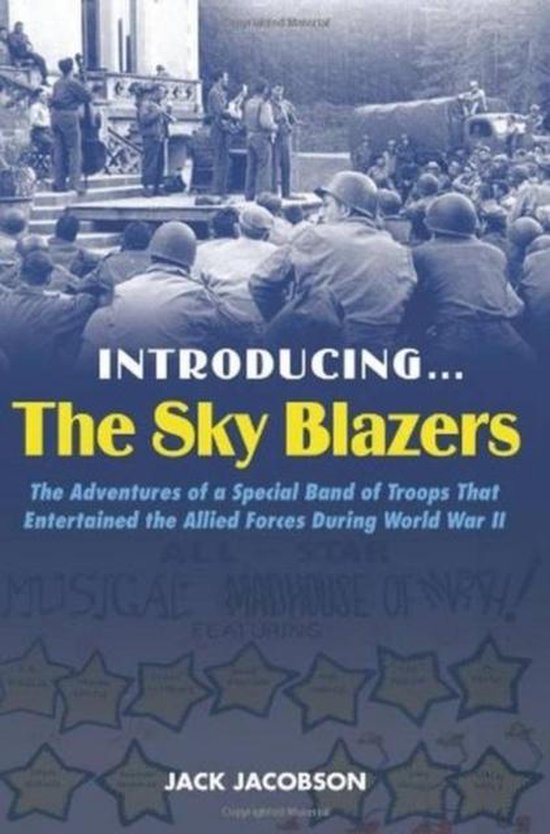 In New York City in 1939, neither eighteen-year-old Jack "Jake" Jacobson nor his comrade Murray "Duke" Davison had any intention of joining the military. Their sights were set on playing club dates in what Duke called the "upholstered sewers" of Manhattan. Jake, a comic, and Duke, a jazz trumpet player, were amateur entertainers looking for their big break, not men in uniform readying themselves for war.

That all changed after Pearl Harbor. Newly inspired, Jake and Duke decided to act honorably and enlist in the U.S. Army Air Corps. En route to their first assignment in North Africa, Jake and Duke persuaded Gen. Lewis Brereton of the Ninth Air Force to allow them to perform for their fellow soldiers and boost morale. Spurred by Jake and Duke's success, Brereton subsequently created the first Combat Special Services Entertainment Unit.

The eventual formation of this fifteen-piece troupe of comics, singers, and musicians—dubbed the "Sky Blazers"—lightened the spirits of combat troops across the Middle East, England, and France during the war. In their two and a half years overseas, they would have many close calls with the enemy as they struggled to put on their shows for the weary Allied forces. The Sky Blazers would also be privy to the glitz of the entertainment business, even performing for Egyptian royalty and at the Royal Albert Hall in London. Rife with glamorous highs and lifethreatening lows, Jacobson's wartime story continues to entertain.
Toon meer Toon minder