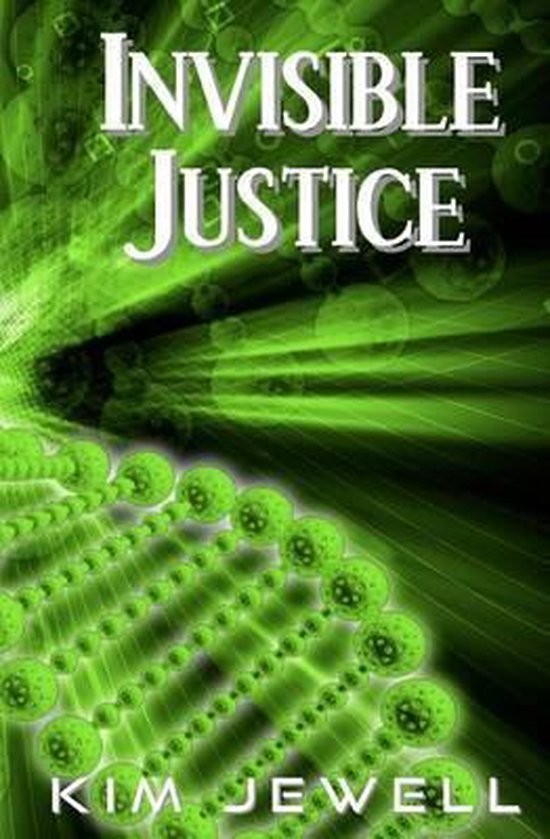 Book #1 in the Justice Series.

Sam Dixon is a fairly typical teenage boy – great parents, active school life, pesky sister – with a nice life. That is until it is turned upside down when he begins to experience crippling flashes of pain that take over his entire body. It doesn't take him long to realize that these moments of burning torture are changing his body's makeup and leaving behind extra abilities – heightened senses. His new sight, hearing, touch, taste and sense of smell give him powers beyond anything he thought possible.

A random meeting at the local hardware store connects Sam with another teen – Leesha Conway – who has also experienced similar flashes, and a very different but powerful ability - telekinesis. As they compare notes and try to make sense of what is physically happening to them, a mystery unfolds. Each clue they uncover brings more questions to the table, and thus begins the search for the person that is responsible for both the pain and the powers left with them.

Dr. Carl Blevins is the man they seek, the one who can give them all the answers. His medical education, combined with his special unit military training, has given him the knowledge he needs to play God with people's lives. His goal is to create an army of super humans equipped to do his bidding.

Blevins' past experimentation on adults – conducted in clinical trials during a military research project – ended in death and disaster. Not wanting to give up, he transferred his medical practice to obstetrics and, unbeknownst to the military officials that pulled the plug on the dangerous experiment, restarted his work on newborns. The combination of dormant drugs he administered in the neonatal unit was designed to kick in as each patient's body matured fully, allowing them to realize their added potential.

As Sam and Leesha look for answers, they discover a list of other teens who could be just like them, and find two more to add to their research team. Lexi, Sam's twin, experiences her series of flashes shortly after Sam's are nearing the end – and finds her gift is the ability to make her body transparent. Clint, the fourth to join the team – and unaffected yet by any flashes – is mysteriously sent by the evil Dr. Blevins to help in the team's efforts. Little do they know it has always been part of Blevins' plan to reunite his kids to work together as a unit.

The four work together to uncover a number of professionals who aided in the medical experiment seventeen years ago, which leads the team on a cross-country trip to interview a pathologist that may have valuable information and ultimately lead them to Dr. Blevins. The teens combine their powers to search for the truth, which takes them down a dangerous journey, but one that is filled with new bonds of friendship and camaraderie.
Toon meer Toon minder