Just Published, by T. Osborne, in Gray's Inn, in One Volume, Octavo, the History of the Parliament of England. Translated from the French of the ABBE Raynal. 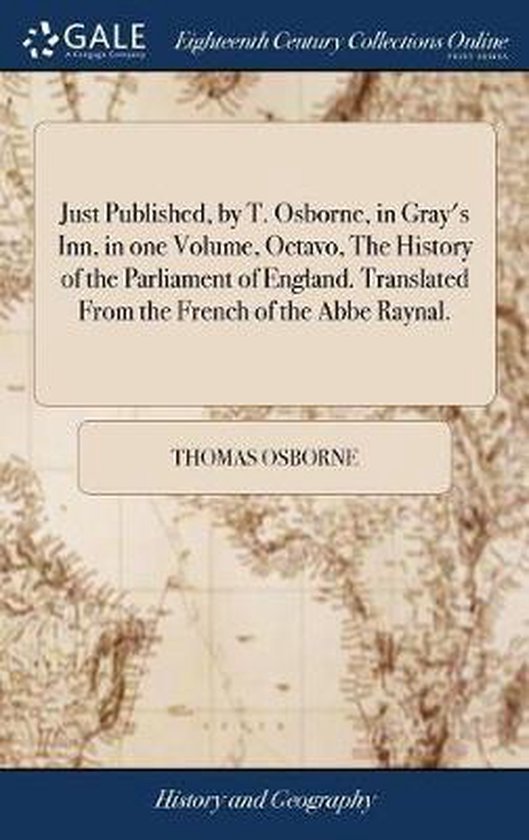