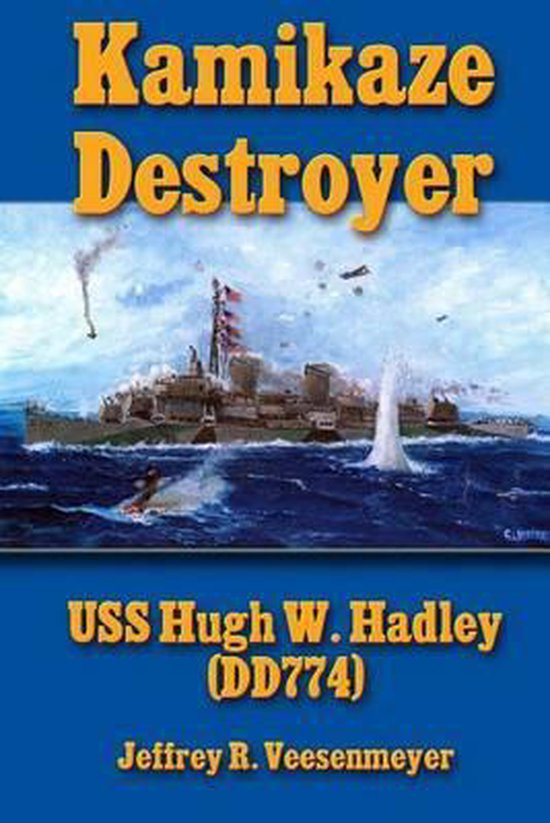 Merriam Press Naval History NH3 First Edition (2014) USS Hugh W. Hadley (DD-774) was an Allen M. Sumner-class destroyer which served in the United States Navy during World War II. Commissioned in November 1944, and after extensive shakedown training off the coast of California, Hadley sailed for Ulithi where she joined the Okinawa invasion force. In early May 1945 Hadley was assigned to radar picket duty along with the USS Evans. The following day a large force of Japanese aircraft attacked. The two ships fought off these attackers, but not without damage to themselves. Evans took several hits and was dead in the water; Hadley fought on, but was hit by a bomb and three kamikaze aircraft. Hadley shot down a record 23 aircraft that day and aided in splashing many others, but lost 30 crew members. A determined crew kept her afloat and she was towed back to the States. She was decommissioned in December 1945 and scrapped in 1947. In addition to one battle star for her World War II Service, Hugh W. Hadley received the Presidential Unit Citation for her performance in the action off Okinawa 11 May 1945. This new book by a relative of a crew member killed that day off Okinawa, tells the story of the ship, and that fateful day, through the words of many of the survivors, which the author interviewed. This is not just a story about a ship, but about the men that made that ship a legend in the annals of U.S. Navy history. 9 appendices, bibliography, 112 B&W photos, 6 illustrations, 6 maps, color painting.
Toon meer Toon minder