Knots and Primes An Introduction to Arithmetic Topology 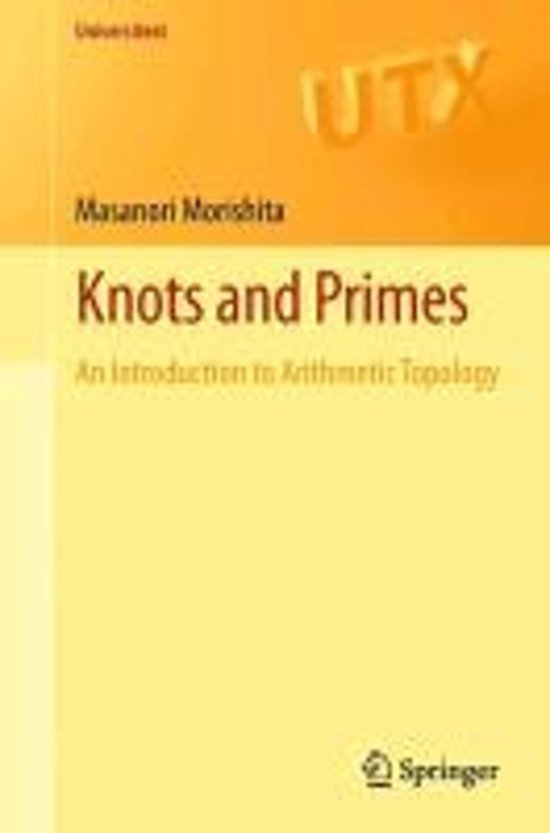 This is a foundation for arithmetic topology - a new branch of mathematics which is focused upon the analogy between knot theory and number theory. Starting with an informative introduction to its origins, namely Gauss, this text provides a background on knots, three manifolds and number fields. Common aspects of both knot theory and number theory, for instance knots in three manifolds versus primes in a number field, are compared throughout the book. These comparisons begin at an elementary level, slowly building up to advanced theories in later chapters. Definitions are carefully formulated and proofs are largely self-contained. When necessary, background information is provided and theory is accompanied with a number of useful examples and illustrations, making this a useful text for both undergraduates and graduates in the field of knot theory, number theory and geometry.
Toon meer Toon minder

This is one of the best textbook I have seen in the last few years. ... this books is amazing! I really enjoyed it and I hope you will also enjoy it. It definitely should be part of your library if you work in number theory and/or topology. This book will become a classical very soon! (Philosophy, Religion and Science Book Reviews, bookinspections.wordpress.com, June, 2016) The book under review is the first systematic treatment of the subject in a format suitable for a textbook. ... The book is rich in material for anybody interested in either the arithmetic or the topological side, and the connections and interactions are presented in a very convincing and detailed way. (Matilde Marcolli, Mathematical Reviews, March, 2013) Once you've lived long enough in mathematics, the themes addressed in Knots and Primes: An Introduction to Arithmetic Topology are both familiar and exceedingly attractive. This is a fascinating topic ... and Morishita's book is an important contribution. ... it will spur a lot of work in this beatiful and accessible area of contemporary mathematics. (Michael Berg, The Mathematical Association of America, May, 2012)
Toon meer Toon minder