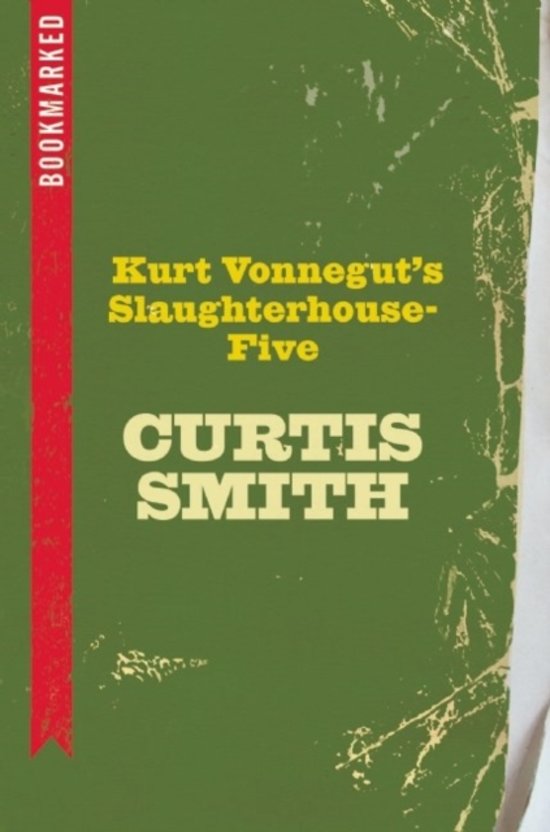 "Slaughterhouse-Five" is a seminal novel of contemporary literature, a rumination on war, space, time and the meaning of life and death. In Kurt Vonnegut s existential classic, we meet Billy Pilgrim, a man who has become unmoored in time after being abducted by aliens from the planet Tralfamadore. In a non-linear universe where time has no meaning, we revisit key moments in Pilgrim s life, in particular his harrowing experience as an American prisoner of war during the firebombing of Dresden in World War II.
In this first title in the Bookmarked series, author Curtis Smith examines the influence of "Slaughterhouse-Five" on his life, writing and relationship with his young son. Of the book, Smith writes, The best books are invitations. They are time machines. They challenge us to think, to reconsider. Behold Vonnegut s time machine, a narrative of a hundred different frames, a splintered perspective that lifts his whirligig contraption from the ground. He fuels his machine with man s weightiest elementstime, war, deathand then mixes an infusion of lightness, the spark of wit and irony. His machine rattles, taking flight with a shambling grace.
The Bookmarked series focuses on a famous work of literature that left a powerful impression on an author (hence the name, Bookmarkeda book that left its mark). Each book in the series is a no-holds barred personal narrative detailing how a particular novel influenced an author on their journey to becoming a writer, as well as the myriad directions in which that journey has taken them.
"
Toon meer Toon minder