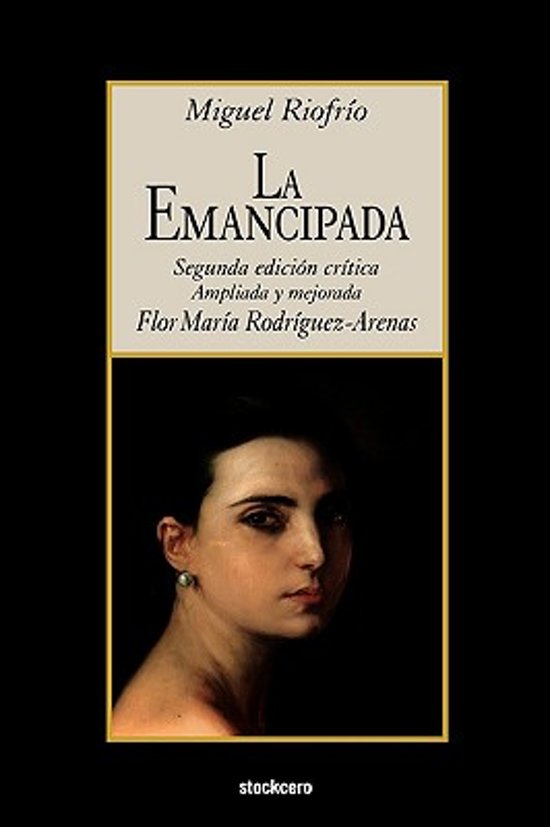 In this revised 2nd edition, Dr. Flor Maria Rodriguez-Arenas establishes Miguel Riofrio's race and birth date, through presenting the facsimile of his Certificate of Baptism, thus correcting the information that has circulated in Ecuador since the 19th century. The text of the novel is offered in a complete form, as the author published it. In the first edition, based on the modern text published by the Consejo Provincial de Loja in 1974, the narrative frame was missing. Also, the study of the text offers new findings about the fictional world created by Riofrio. With his novel La Emancipada (1863) Miguel Riofrio led the Ecuadorian literature into the modern world. Written at mid-nineteenth century this work expresses a method of believable representation -non-biased and objective- of the real world, based upon a careful observation of reality; a censoring and critical attention of the Ecuadorian social life in his times. From that standpoint and through techniques he employed, Riofrio placed his novel within the leading movement in Europe -France- after 1840: Realism. He appears as a writer well versed in the latest knowledges, both cultural and scientific, and as a forefront scholar due to the use of realistic techniques and procedures; he represents, through narrative space and time, cultural, geographic, racial and gender issues that transform Rosaura, the main character, in zones of opposition, ambiguity and exile, demonstrating that she understands her society's structure and how it works. This leads his readers into sharing the interpretative process of the character, and to reach the same understanding. Following Balzac, and other French writers of the period, Riofrio is a Realist well aware of his limits; he also depicts what molds, controls and limits narrative: history, economy, psychology and other precepts considered universal at writing time. The narration therefore shows the Ecuadorian historic and cultural moment, along with scientific, literary and cultural knowledge of European origin. In this way Riofrio delves through his fiction into a zone untried both by his conationals and by many Latin Americans of his times. The new democratic ideas stimulate in him a wider scope from which he portraits the dominant strains of his society, including it's ill-understood morals and yesterday's ideas that constrain thought and stagnate the nation's development; by doing so, he drives the reader into considering the relationships between classes and genders, and subsequent behaviors. To read La Emancipada is to perceive a close enough version of the real nineteenth century society, and a way of having a direct experience of it. Dr. Rodriguez-Arenas studies the relationships between discursive formation and societal structures. And the way, the concepts of class, gender and ethnicity are systematically associated with levels and types of discourse used in narrative and the relations among story, teller, and audience. Also, speech acts and other textual strategies are incorporated into their social, political and cultural contexts in order to demonstrate the powers of dispersion and transformation, the violent impact of ignorance, and the social abuse that different levels of society, especially women, and indigenous peoples, experienced in a historical moment in Ecuador during the 19th century."
Toon meer Toon minder