Latinos of Boulder County, Colorado, 1900-1980 Volume One: History and Contributions 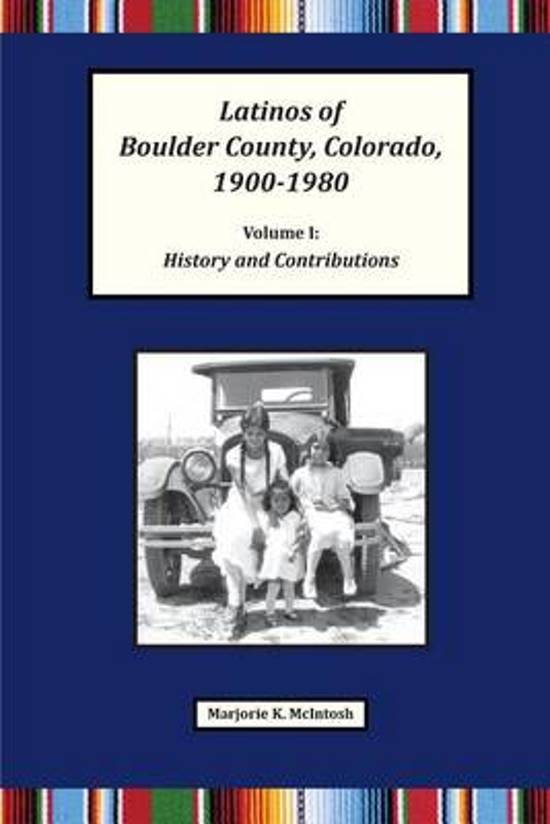 
The two volumes in this set present stories of struggle, survival, and joy in the Latino community of one Colorado county between 1900 and 1980. It is impossible to read this study without being struck by the parallels with recent events in the U.S, especially as anti-immigrant political rhetoric escalates. The history of Hispanics in Boulder County refutes that rhetoric by demonstrating the essential contributions made by people from Spanish-speaking backgrounds over the course of four generations in one setting. Living on the far edge of the Southwestern borderlands, Latinos and Latinas in Boulder County not only provided the labor that underlay much of the county's economic development, they brought a rich culture, religious faith, strong families, and great personal dignity. Early newcomers struggled against many forms of discrimination: threats of violence from the Ku Klux Klan in the 1920s, deportations to Mexico in the 1930s, segregated seating in churches and movie theaters, and "White Trade Only" signs in local businesses until the late 1950s. Later Latinos--veterans, the children and grandchildren of previous families and new immigrants--fought together against racism, especially during the Chicano movement of the 1960s and 1970s. The challenges they faced make the Latino ethic of hard work, commitment to their families, and determination to educate their children all the more impressive.
This richly-illustrated account invites comparison with Latino communities elsewhere, for the book focuses on three towns with very different features: Longmont, a center of food production and processing; Lafayette, a small coal mining community; and Boulder, based on commerce and the University of Colorado. The study first traces early immigration to Boulder County from Mexico and New Mexico between 1900 and 1940 and details the work done by Hispanics, primarily in sugar beet fields and coal mines. One chapter describes the many conflicts between Hispanics and Anglos in those same years, including attacks on labor unions. For the period between 1940 and 1965, the book addresses changes in employment patterns, U.S. military service by Latinos, and early challenges to racism. The final two chapters examine Chicano activism during the later 1960s and 1970s. Though dealing mainly with local people, they talk also about Chicano students at the University of Colorado at Boulder and the car bombings that killed six of them in 1974. The book ends with the shooting deaths of two young unarmed Latinos at the hands of the Longmont police in 1980.
Whereas Latinos are virtually invisible in previous histories of Boulder County and in the curriculum of local schools, this study brings their experiences to life. It uses compelling oral histories and written biographies, as well as photographs, film, and other materials assembled in 2013-2014 by 10 student-interns and 80 community volunteers with the Boulder County Latino History Project (BCLHP). Rare quantitative material extracted from previously unused sources is also presented. Together, these materials paint an unusually vivid picture of Latino contributions and struggles.
This study is ideally suited for use in school or college classes. Nearly all of the primary sources are available online and hundreds of URLs are provided, allowing students to view the raw material that underlies the historical account. A special section of the BCLHP's website (bocolatinohistory.colorado.edu) is for educators, containing Primary Source Sets, Lesson Plans, short clips from interviews and films, and other instructional materials. The nine quantitative appendices are also useful teaching tools.
Volume II in this set, Lives and Legacies, discusses social, cultural, religious, and educational patterns among Boulder County's Latinos over the same time-span.
Toon meer Toon minder