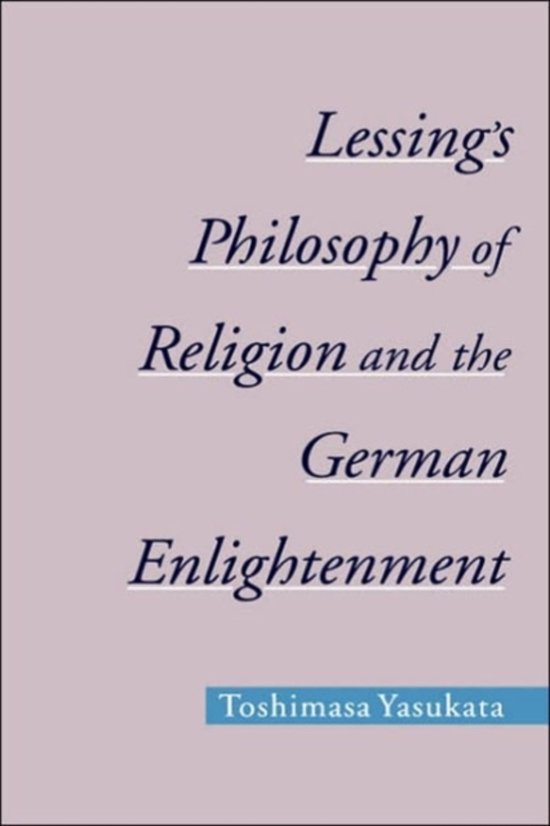 Gotthold Ephraim Lessing (1729-81) stands as a key figure in German intellectual history, a bridge joining Luther, Leibniz, and German idealism. Despite his well-recognized importance in the history of thought, Lessing as theologian or philosopher of religion remains an enigmatic figure. Scholars refer to the riddle or mystery of Lessing, a mystery that has proved intractable because of his reticence on the subject of the final conclusions of his intellectual project. Toshimasa Yasukata seeks to unravel this mystery. Based on intensive study of the entire corpus of Lessing's philosophical and theological writings as well as the extensive secondary literature, Yasukata's work takes us into the systematic core of Lessing's thought. From his penetrating and sophisticated analysis of Lessing's developing position on Christianity and reason, there emerges a fresh image of Lessing as a creative modern mind, who is both shaped by and gives shape to the Christian heritage. The first comprehensive study in English of Lessing's theological and philosophical thought, this book will appeal to all those interested in the history of modern theology, as well as specialists in the Enlightenment and the German romantic movement.
Toon meer Toon minder

A masterful entry gate to the thought of Lessing and the issues surrounding this thinker. * Philosophia Christi * The most comprehensive work we have in English on Lessing's religious views and a very welcoms supplement to more specialized studies of specific features of Lessing's religious thought. * The Journal of Religion *