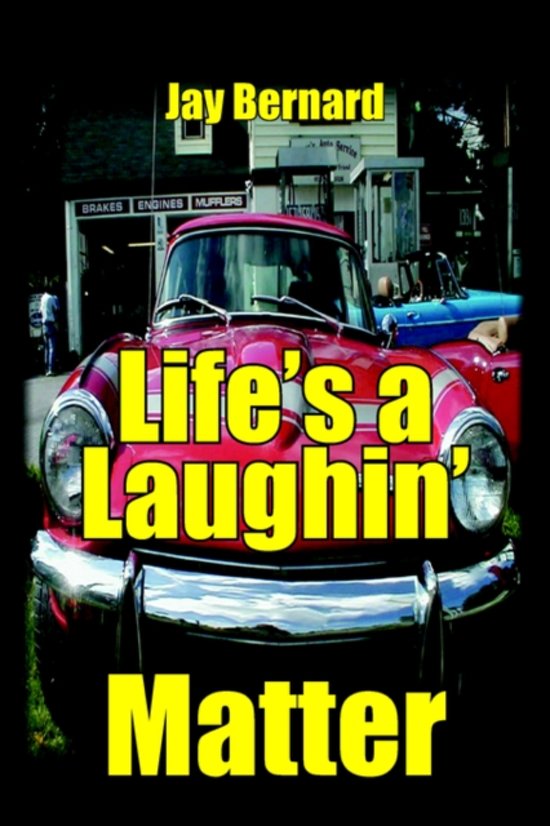 LIFE'S A LAUGHIN' MATTER. A BRIEF REVIEW From a fire in the barn, a ride down crocus lane, a drive to Vegas-and back-to a series of adventures leading Benjamin Bratt into adulthood, there is something for everyone in Jay Bernard's second book: LIFE'S A LAUGHIN' MATTER. Benjamin ("Ben" to his friends) is a boy who grew up on the farm. During his teens, he gets into, and out of more troubles than one could imagine, before deciding it's time to leave school and go to work. He tries his hand at a few jobs, and even climbs the rungs to management, until he realizes there is no point in all of this unless 'he can make a difference in the world'. By then he is twenty-one years old. The path he chooses to reach his goal, and make a difference, is to become a teacher. Going to college, however, involves a lot of work, studying, while getting into scrapes with the 'law and disorder' and even enlisting in the Army Reserves-hoping to spend his summers outdoors-where he learns to peel potatoes, among other things. After graduation; finally becoming the teacher he wanted to be; Ben settles down, gets married, refuses to do any house painting ( ) and cedes his knack for adventure to his son Chris. and. after sixteen years of marriage, Ben and his wife, Storm, decide to take a 'holiday'-alone. And that is the ride no one would want to take. Jay's latest book is a 'must read'. It is funny, hilarious, or dramatic, emotional, and at times, it deals with some of life's very serious issues. You will not want for Life's A Laughin' Matter to end on the last page. And it won't. Jay's third book is already in the works. I can hardly wait to get into it. Roxane Christ Author and Editor Editor of "La Paraclte"Winner of the Honorable Mention Award for the Best Fiction Book in 2005 www.1stEditor.net and www.1stEditor.biz
Toon meer Toon minder