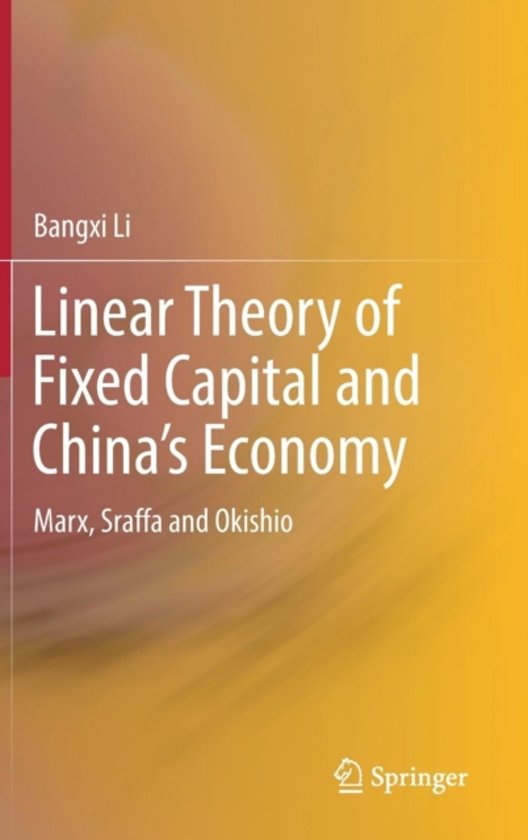 This book discusses both linear economic theory and its application to China's recent economy from, 1987-2000, with an emphasis on fixed capital. It starts with the development of Marx-Sraffa linear economic models with fixed capital. The author then addresses various topics, including formal explanations of Sraffa-Okishio-Nakatani's (SON) reduction of the whole economy to its subsystem of brand-new commodities, the renewal dynamics of fixed capital and the Marx-Engles-Ruchti-Lohmann effect as well as its extension to the accelerated depreciation case; and simulations of the economic durability of fixed capital. Further, in a general joint-production system, equilibria are computed as the spectra of the matrix pencil defining the equilibrium of the systems and the so-called Cambridge equation are extended to the case of SON's economy.By simulating the case of all final products being invested for capital goods, it estimates the fixed capital coefficients from investment data on China's economy 1995-2000. Based on this, the book describes the wage-profit curves of the open China economy. By applying the estimated fixed capital coefficients, the book presents the computation of the labour values of major commodities in China, and the turnpike of the stage 1995-2000, with fixed capital. It compares the value system with the production price system, and thus points out some structural issues of China's economy that are worth discussing.
Toon meer Toon minder