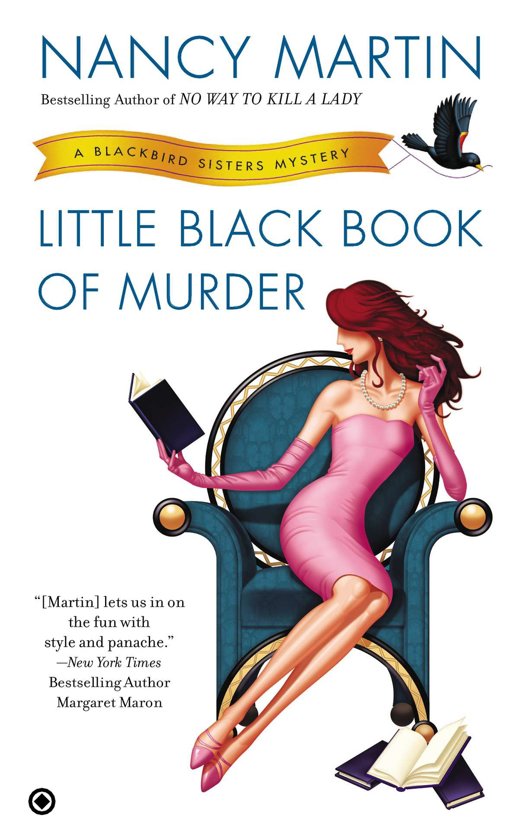 Like her heroines, the Blackbird Sisters, Nancy Martin comes from a distinguished Pennsylvania family whose ancestors include Betsy Ross and a signer of the Declaration of Independence.  She has written numerous novels, directed a few Shakespeare plays, and raised two delightful daughters.
Alles van Nancy Martin

Society columnist Nora Blackbird is thrust into the world of celebrity tabloid gossip when a billionaire buys the farm….

Nora's assigned to write a profile on billionaire fashion designer Swain Starr, who recently retired to build a high-tech organic farm with his new wife, Zephyr, a former supermodel. But before Nora can get the story, the mogul is murdered. And now her boss wants her to snap up an exclusive on who killed Starr before the cops do.

But solving this murder won't be easy with a family as colorful as Nora's. Mick, her sort-of husband, is associating with unsavory characters from his past. Her sister Libby is transforming into a stage mom for her diabolical twins. And Emma, the youngest Blackbird, is mysteriously kicked out of the house by Mick. Nora's home life may be hogging the spotlight, but there's also a matter of Starr's missing pig, which just might be the key to solving this mystery and the way Nora can bring home the bacon….
Toon meer Toon minder