Lives of the Most Remarkable Criminals Who Have Been Condemned and Executed for Murder, the Highway, Housebreaking, Street Robberies, Coining or Other Offences 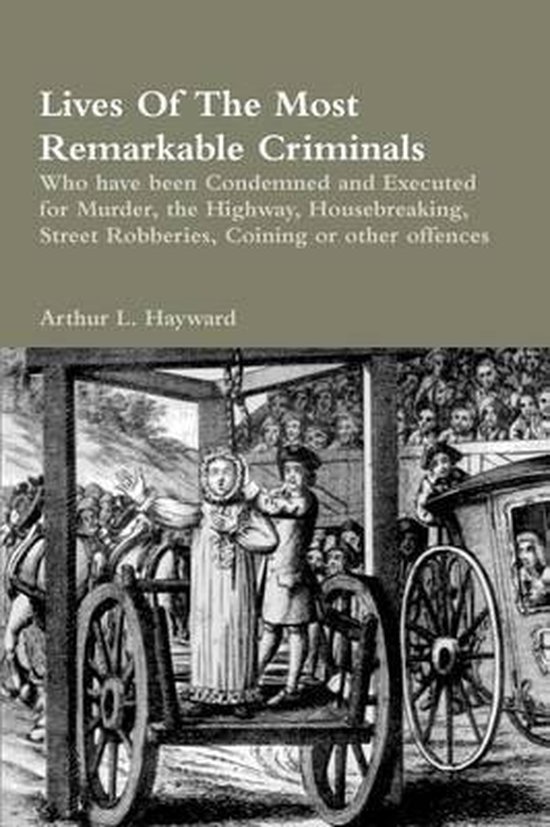 If there be a haunted spot in London it must surely be a few square yards that lie a little west of the Marble Arch, for in the long course of some six centuries over fifty thousand felons, traitors and martyrs took there a last farewell of a world they were too bad or too good to live in. From remote antiquity, when the seditious were taken ad furcas Tyburnam, until that November day in 1783 when John Austin closed the long list, the gallows were kept ever busy, and during the first half of the eighteenth century, with which this book deals, every Newgate sessions sent thither its thieves, highwaymen and coiners by the score. There has been some discussion as to the exact site of Tyburn gallows, but there can be little doubt that the great permanent three-beamed erection—the Triple Tree—stood where now the Edgware Road joins Oxford Street and Bayswater Road. A triangular stone let into the roadway indicates the site of one of its uprights. In 1759 the sinister beams were pulled down, a moveable gibbet being brought in a cart when there was occasion to use it. The moveable gallows was in use until 1783, when the place of execution was transferred to Newgate; the beams of the old structure being sawn up and converted to a more genial use as stands for beer-butts in a neighbouring public-house.
Toon meer Toon minder