Made in British Columbia Eight Studies in Artistic Achievement 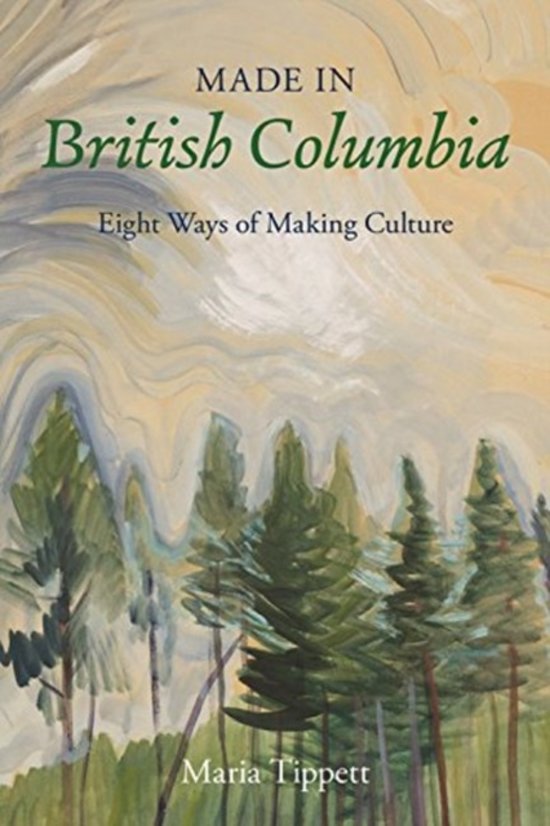 Is there such a thing as British Columbia culture, and if so, is there anything special about it? This is the broad question Dr. Maria Tippett answers in this work with an assured ''yes!'' To prove her point she looks at the careers of eight ground-breaking cultural producers in the fields of painting, aboriginal art, architecture, writing, theatre and music. The eight creative figures profiled in Made in British Columbia are not just distinguished artists who made an enduring mark on Canadian culture during the twentieth century. They are unique artists whose work is intimately interwoven with British Columbia's identity.


Emily Carr portrayed BC's coastal landscape in a manner as unique as her lifestyle. Bill Reid's carvings, jewellery and sculpture stand as a contemporary interpretation of his reclaimed Haida heritage. The name Francis Rattenbury is less known than The Empress Hotel in Victoria, one of many prominent BC buildings he designed, while Arthur Erickson's modern architectural contributions are recognized worldwide. Martin Allerdale Grainger's experience in the BC woods in the early days of hand-logging inspired him to write one of the undisputed classics of BC fiction, Woodsmen of the West. Jean Coulthard struggled for respect as a female composer during the 1920s and 1930s in British Columbia but eventually proved her extraordinary musical talents internationally. George Woodcock left Britain in 1949 to forge his career as an influential author, editor, mentor and tireless promoter of literary scholarship in the province, while playwright George Ryga, the son of Ukrainian immigrants, exposed the anguish and reality of life for Native women in our cities with his 1967 play, The Ecstasy of Rita Joe.


Featuring images of the artists and their works, Made in British Columbia presents a history of the treasures found in our galleries, concert halls, theatres, museums, libraries and streetscapes, and explores the legacy of a cultural tradition as unique as the place that nurtured it.
Toon meer Toon minder