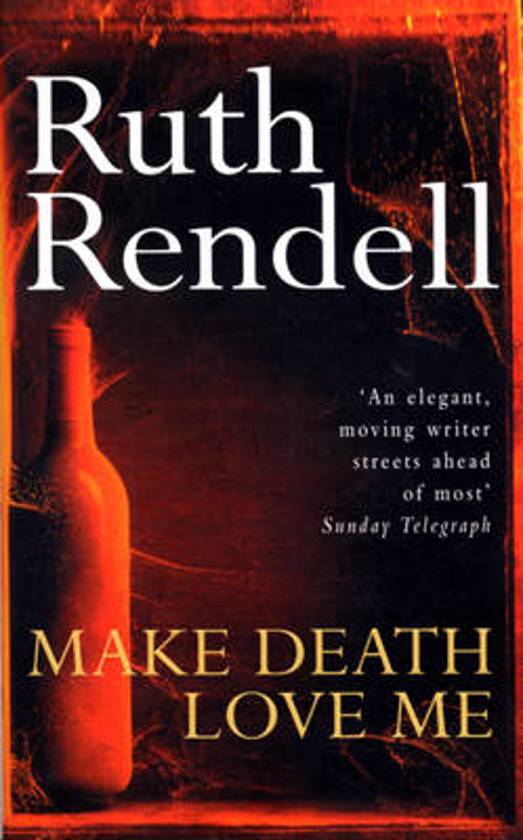 Ruth Rendell has won many awards, including the Crime Writers' Association Gold Dagger for 1976's best crime novel with A Demon in My View; a second Edgar in 1984 from the Mystery Writers of America for the best short story, 'The New Girl Friend'; and a Gold Dagger award for Live Flesh in 1986. She was also the winner of the 1990 Sunday Times Literary award, as well as the Crime Writers' Association Cartier Diamond Dagger. In 1996 she was awarded the CBE and in 1997 became a Life Peer. Op bol.com vind je alle boeken van Ruth Rendell.
Alles van Ruth Rendell
Toon meer Toon minder

A Ruth Rendell mystery, first published in 1979 and shortlisted for the Edgar Allan Poe Award for best crime novel in 1980. Alan Groombridge is trapped. Husband to a woman he doesn't like, father to two children he never wanted, and manager of a tiny branch of the Anglian-Victoria bank, he is doomed to a life of domestic boredom and tedious routine. All that keeps him afloat is his one fantasy: stealing enough of the bank's money to allow him just one year of freedom - one year in which to live a different sort of life. But one day the bank is robbed, the manager and cashier disappear and what was once a place of dull and dreary repetition becomes the scene of a brutal, chilling nightmare that might never end...

A fine novel of suspense * Financial Times * Rendell's psychological insights are so absorbing, it's easy to forget what a superb plotter she is * The Times * Ruth Rendell's books are not only whodunits but whydunits, uncovering the motive roots of murder * Mail on Sunday * Ruth Rendell has quite simply transformed the genre of crime writing. She displays her peerless skill in blending the mundane, commonplace aspects of life with the potent murky impulses of desire and greed, obsession and fear * Sunday Times * Ruth Rendell is not only the finest crime novelist there is, but one of the finest novelists writing in the English language * Scotsman *