Making Tax Sense The Case for a Progressive Consumed-Income Tax 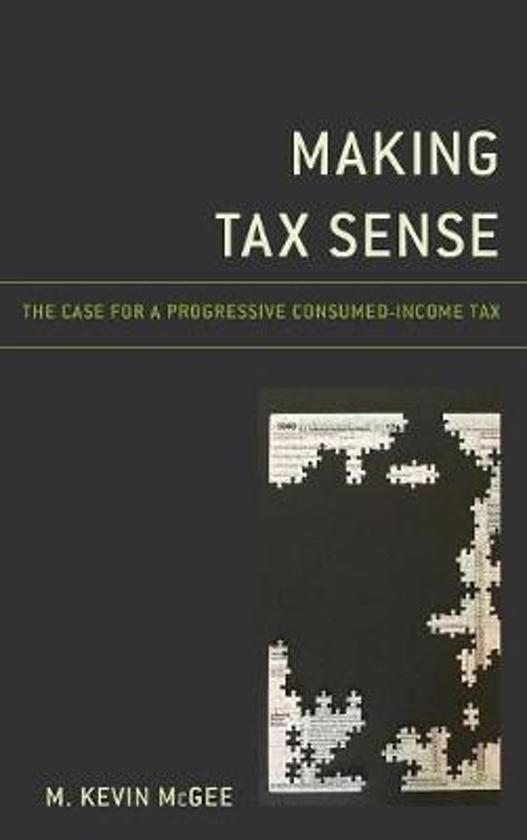 Our tax system is a mess. And the reason for that mess is, our tax system is incoherent. A well-designed tax system is like a good jigsaw puzzle: all the pieces fit together snugly, so when the whole thing is fully assembled, it forms a coherent picture. But our current tax system is disjointed, with parts that don't logically fit together. That results in inconsistencies, complexity, loopholes, and distorted incentives. We need a tax system that make sense. As this book shows however, making a traditional income tax coherent is an impossible goal. But coherence is achievable if we adjust our target, and complete the switch to a consumed-income tax -- a system that taxes all income, not when it is earned, but when that income is consumed. The move towards a consumed-income tax was begun decades ago, when we first adopted IRAs and other tax-deferred savings accounts. We just needed to complete the evolution. The book explores a variety of tax issues -- among them savings, small businesses, owner-occupied houses, and corporations -- and develops seven groups of recommended changes. These changes would result in a tax system that would be pro-growth, by eliminating the existing disincentives to saving and investment. But the tax system would also remain progressive, with the wealthy taxed as much as and perhaps even more than currently. That combination could make the recommended changes attractive to members of both parties, and might bring to a close the political seesaw in tax policy that we've experienced over that last several decades.
Toon meer Toon minder

Kevin McGee's book is a lucid guide to a big idea in the debate over fundamental tax reform, one that is aimed at achieving the hitherto elusive goal of a tax code that is fairer, simpler, and more efficient. -- Jason Furman, Harvard Kennedy School The recent tax bill did not constitute a full-blown reform of what and how we tax. Thankfully, Kevin McGee reminds us of what a real pro-growth reform might be. The individual and corporate Income taxes fall more heavily on income used for saving and investment than on income used for consumption; they retard capital formation and wage growth, and they cost the country about a tenth of its potential annual output and income each year. McGee resurrects the concept of a progressive tax on income used for consumption - a consumed-income tax - that avoids these biases. It would allow more deferral of saving and full deductions for the cost of capital outlays. He has carefully explained how it would be applied to all manner of income and assets. Importantly, he addresses the transition to the new tax system, knocking down long-standing objections that it is too hard to get from here to there. This is a must read for young people new to the tax debates, and a good refresher for those who cut their teeth on the Flat Tax, the X Tax, and the national retail sales tax ideas of the post-Kennedy tax cuts era. -- Stephen Entin, Senior Fellow Emeritus, Tax Foundation Taking off from the inconsistencies, imperfections, and idiocies inherent in the current tax system, Dr. McGee lays out the most thorough-and certainly best explained-case for a consumed income tax that I have seen. Along the way, he tackles the many difficult issues in such a reform, including debt, depreciation, old and new wealth, inheritance, timing, progressivity, and difficult transition issues. A true tour de force. -- Eugene Steuerle, Richard Fisher Chair, the Urban Institute, Cofounder, Urban-Brookings Tax Policy Center
Toon meer Toon minder