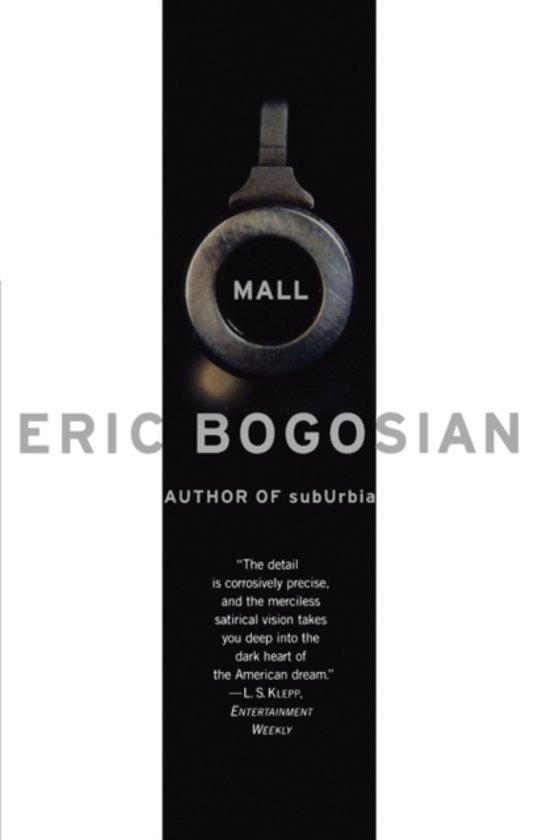 From the award-winning avatar of contemporary urban theater and author of such modern classics asTalk Radio and subUrbia comes this outrageous novel about five suburbanites whose lives intersect in one violent and life-altering night -- at the local mall.
Mal, a thirtysomething speed freak, shoots his mother, torches his house, and heads to the local mall with a sack of weapons and a plan for more mayhem. Danny, a voyeuristic businessman with a fetish for young underwear models, is caught by mall security peeking into dressing rooms at JCPenney. Jeff, a teenager with existential troubles, drops acid and departs on a philosophical nightmare. Donna, a hungry, unsettled housewife, is on the lookout for a one-night stand. Michel, a Haitian immigrant and mall security guard, seeks salvation. All long for a kind of satisfaction, and this longing leads them to the modern plaza of possibility, the shopping mall, where their appetites converge in explosive ways.
Satirical and provocative, Mall is an eye-opening look at suburban life and the idea of "normalcy." In this, his first novel, Eric Bogosian delivers a dark, hilarious, and biting commentary on an American culture fraught with sex, drugs, violence, and congested thinking.
Toon meer Toon minder