Man/Machine Interaction in the Work of Stanley Kubrick 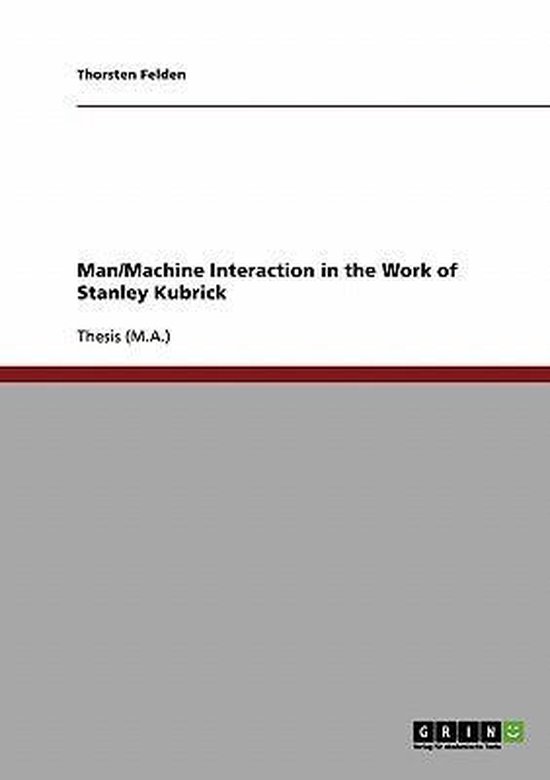 Thesis (M.A.) from the year 2006 in the subject Film Science, grade: 1,3, University of Cologne (Englisches Seminar), 42 entries in the bibliography, language: English, abstract: In this paper, I want to examine Kubrick's work for the notion of man interacting with machines and relate it to various theoretical models that also deal with the relation of man and machine. I chose the term 'machine' as a generic term for any theory applying technological, mechanical or machinic ideas, most of which using the machine as a metaphor for sociological, philosophical or psychoanalytic approaches. At the same time, I want to illustrate on the basis of Kubrick's work how the theoretical discourse on this topic has changed in the course of time. Being initially cut down to a very literal understanding of machines as actual physical devices, the 20th century discourse about technology has shown that the demarcation line between what is nature and what is technology is not as easily drawn as it might appear. Man is inseparably bound up with his tools and culture as a whole could be regarded as some kind of machinery. Thus, a great part of both this paper and Kubrick's work deals with the notion of a cultural machine. Another part, however, will leave the narrow view of the machine as a strictly cultural metaphor. Recent philosophical currents like the work of Deleuze, Maturana and the academic gender discourse try to evolve a new coining of the term 'machinic' that goes beyond rigid dualistic notions. I will try to show that these ideas can be found in Kubrick's films as well.
Toon meer Toon minder