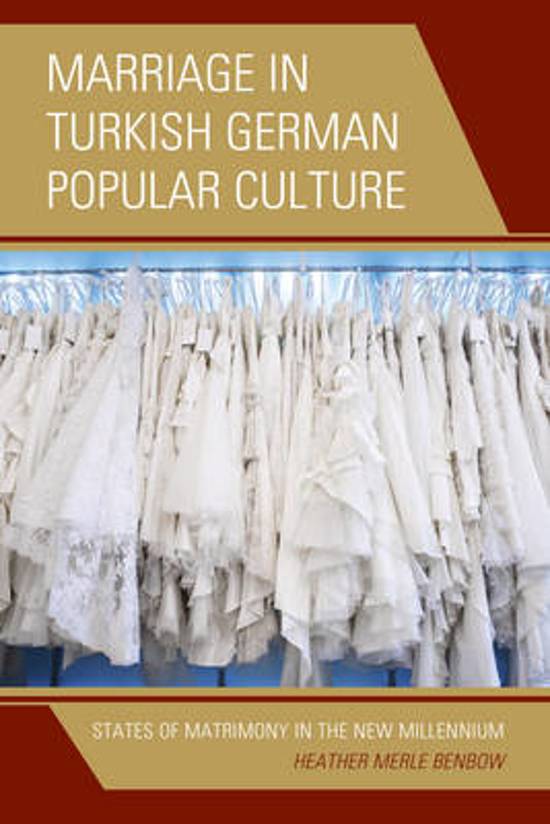 During the first decade of this millennium Germany's largest ethnic minority—Turkish Germans—began to enjoy a new cultural prominence in German literature, film, television and theater. While controversies around forced marriage and "honor" killings have driven popular interest in the situation of Turkish-German women, popular culture has played a key role in diversifying portrayals of women and men of Turkish heritage. This book documents the significance of marriage in 21st-century Turkish-German culture, unpacking its implications not only for the cultural portrayals of those of Turkish background, but also for understandings of German identity. It sheds light on the interactions of gender, sexuality and ethnicity in contemporary Germany.


This book explores four notions of marriage in popular culture: forced marriage; romantic marriage; intercultural marriage; and gay marriage. Over five chapters, the book shows that in popular culture marriage is conventionally portrayed as little more than a form of oppression for Turkish-German women and gay men. The state of Turkish matrimony is seen as characterized by coercion, lack of choice, familial duty and "honor," even violence. In German culture, by contrast, marriage stands for individual choice, love and equality. However, within comedy genres such as "chick lit", "ethno-sitcom" and wedding film, there have been attempts to challenge the monolithic power of these gender stereotypes. This study finds that, in grappling with the legacy of these stereotypes, these genres reveal a yearning within German popular culture for the very kinds of "traditional" gender roles Turkish Germans are imagined to inhabit.


The book provides a comprehensive account of the multiple ways in which the diverse portrayals of marriage shape views of Turkish Germans in popular culture, and are also revealing of the role of gender in contemporary Germany. It investigates some key genres—autoethnography, chick lit, ethno-sitcom, wedding film, "gay" Bildungsroman, documentary theater—within which questions of gender and cultural difference are "framed". In new and innovative close readings of literary, filmic, television and dramatic texts, the work reveals the broad significance of cultural portrayals of Turkish-German intimacy.
Toon meer Toon minder

A clearly structured, cleverly balanced, carefully documented study. It is an important and very contemporary contribution to the understanding of the age of migration, transnationalization and gobalization. (Translated from the original German) * The German Quarterly * Heather Benbow's book is an important contribution to the emerging sphere of literary transnationalism. Marriage in Turkish German popular culture is located at the boundaries of contemporary German cultural studies, where the globalizing forces of migration and cultural difference meet the vested interests of nation and tradition. -- Peter Morgan, University of Sydney