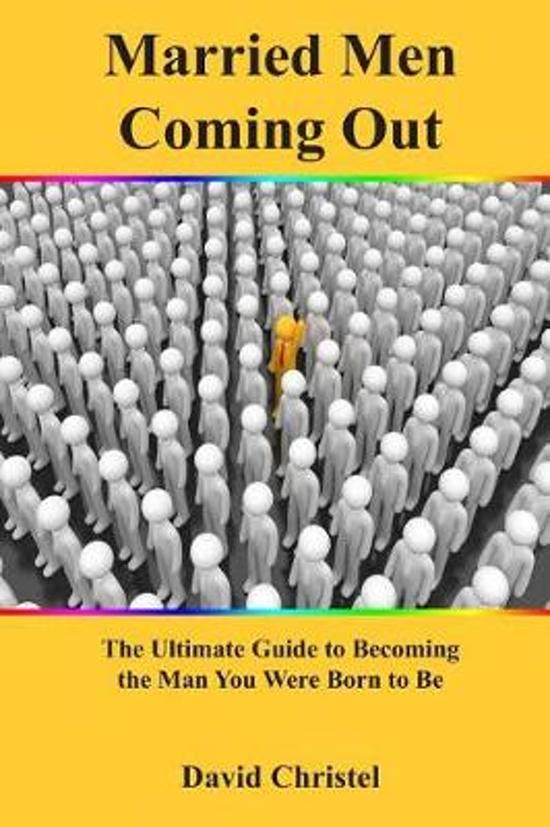 “Married Men Coming Out” enables a man to come to terms with the issues surrounding his coming out, reduce and alleviate some of his fears, and give him the strength and courage to become not only a role model for others, but a pioneer and an educator. “The greatest gift you can give anyone is the truest essence of yourself.”

The purpose of this book is not to provide reasons for or against homosexuality. It is, though, a guidebook for those who, having lived a heterosexual lifestyle, realize that they’ve made a mistake in denying and suppressing their true identity — that of being attracted to members of their own sex — and now realize that being married and even having children, they can no longer live a double life. They need to be who and what they are: gay.

This particular subject receives intense public scrutiny, mostly by way of scandals, thus, making the prospect of coming out that much more terrifying for any man. This book alleviates many of the fears attached to coming out by covering everything a man must face giving him in-depth, personal and data-rich insights, clarity, and focus. Personal stories of those who attended the Married Men’s Coming Out Group that I facilitated for six years illustrate numerable situations, many poignant, some heartbreaking, and others humorous.

Married men were and still are coming out of the woodwork to finally be who they truly are. No more are they willing to compartmentalize their lives, their relationships, and their hearts — no matter what their religion, state and federal laws, or current trends may be telling them.

At heart, this book is about authenticity. Being a non-denominational term, authenticity is described as: “…having a genuine…authority in opposition to that which is false, fictitious, or counterfeit.” All human beings want to be the opposite of false, fictitious or counterfeit, yet the vicissitudes of life are such that we work incredibly hard doing just the opposite. Hence, the need for this book is paramount as we each seek to live authentically and in so doing, find some level of inner peace, self-acceptance, integrity, joy, and love without which the world may not evolve to reflect these essential attributes for all of mankind.
Toon meer Toon minder